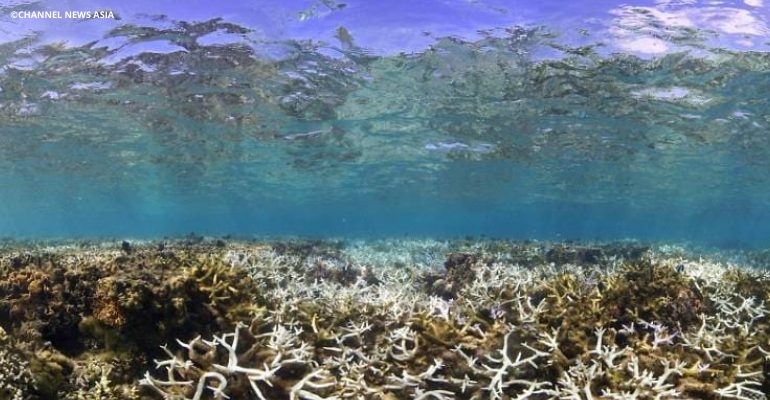 The Taiwan Coral Bleaching Observation Network (TCBON) stated in a press conference last Tuesday, January 12, that the coral reefs in the waters surrounding Taiwan are currently suffering from mass bleaching due to warming oceans.

TCBON reported how, in 2020, at least 31 percent of the coral reefs in the country’s waters have died from bleaching because of rising sea temperature. Taiwan’s largest coral island, Xiao Liuqiu, has already lost more than half of its corals.

Kuo Chao-yang, a TCBON researcher said that these coral reefs will no longer recover even if water temperatures drop. Kuo is also a scholar at the Biodiversity Research Center in Taiwan’s leading research institute, Academic Sinica.

Kuo suspects that the mass bleaching of these coral reefs in Taiwan could be the result of global warming. The lack of typhoons in the country last year could have also been an additional factor. According to him, typhoons play a vital role in cooling the coral reefs and preventing the further spread of bleaching.

“Coral reefs are the rainforest in the ocean.”

“A coral reef without corals is just like a forest without trees and the reef-associated creatures will have to leave because there is no shelter or food,” Kuo said in the report. “If corals are dead, the coral reef ecosystem will start to collapse as its root is cut.”

As such, one of the founders of TCBON, Allen Chen urged the international community to reduce greenhouse gas emissions. Chen further said that coral reefs could become the “first ecosystem to completely disappear in the 21st century if global warming continues.”

You might also want to read: LOOK: An Italian glacier is turning pink—and that’s bad news