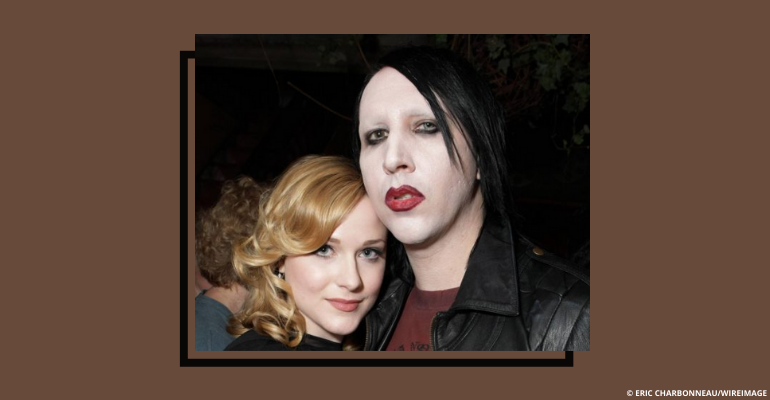 “In light of today’s disturbing allegations by Evan Rachel Wood and other women naming Marilyn Manson as their abuser, Loma Vista will cease to further promote his current album, effective immediately,” the label said in a statement. “Due to these concerning developments, we have also decided not to work with Marilyn Manson on any future projects.”

Manson has released three albums through the label since 2015, including last year’s “We Are Chaos.” His artist page disappeared from the label’s website on Monday afternoon, several hours after Wood’s statement.

According to Variety, Manson was not signed directly to the label: He retains the rights to his recordings and, beginning with 2015’s “The Pale Emperor,” licensed them to Loma Vista—a division of Concord Music. While the first album bore the imprint of Manson’s Hell Records, the credited copyright holder of “We Are Chaos” is simply Marilyn Manson.

Wood has often alluded to Manson when speaking about being a survivor of domestic violence over the years. Wood and Manson’s relationship became public in 2007 when she was 19 and he was 38. They became engaged in 2010 but broke up later that year.

In an Instagram post early Monday morning, and in a statement to Vanity Fair, Wood said: “The name of my abuser is Brian Warner, also known to the world as Marilyn Manson. He started grooming me when I was a teenager and horrifically abused me for years. I was brainwashed and manipulated into submission. I am done living in fear of retaliation, slander, or blackmail. I am here to expose this dangerous man and call out the many industries that have enabled him before he ruins any more lives. I stand with the many victims who will no longer be silent.”

Wood began talking about being a survivor of rape and domestic violence in a Rolling Stone article in 2016, and has focused her activism on those issues.

In 2019, Wood created the Phoenix Act, a bill that extends the statute of limitations on domestic violence to five years from three. California Gov. Gavin Newsom signed the bill into law in October of 2019, and it took effect in January 2020. Wood testified before the California Senate at the time, saying that her abuser had hidden his drug and alcohol addiction from her, and “had bouts of extreme jealousy, which would often result in him wrecking our home, cornering me in a room, and threatening me.”

This past fall, Manson ended an interview with the U.K. music magazine Metal Hammer when the writer brought up Wood’s name. Later, Manson issued a lengthy statement, denying any wrongdoing.

Marilyn Manson, born Brian Hugh Warner, is known for his controversial stage personality and image as the lead singer of the band of the same name, and best known for music released in the 1990s, most notably the albums Portrait of an American Family (1994), Antichrist Superstar (1996), and Mechanical Animals (1998).

You Might Also Want To Read: Cicely Tyson, pioneering actress known for her ‘convictions and grace,’ passes away at 96