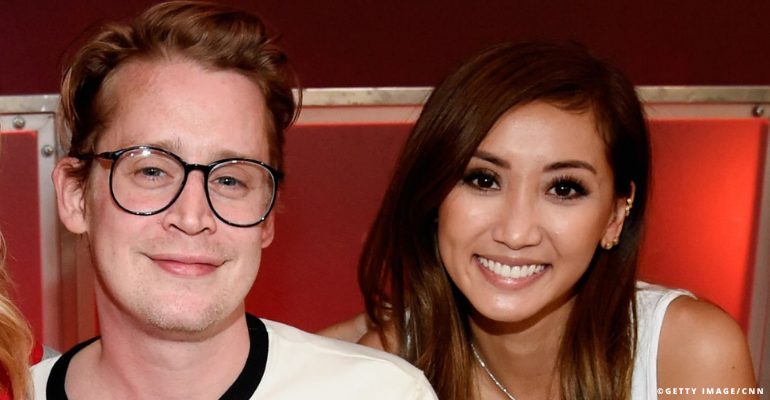 The new parents named their son Dakota in honor of Culkin’s sister, who passed away in 2008. “Mother, father, and baby are all healthy and happy,” Bega announced.

“We are overjoyed,” the new parents said in a statement.

In a March 2020 profile with Esquire, Culkin joked about wanting to have a baby with Song. “We practice a lot,” he said at the time. “We’re figuring out, making the timing work. Because nothing turns you on more than when your lday comes into the room and says, ‘Honey, I’m Ovulating.'”

According to People magazine, the Culkin and Song have been together since 2017 after meeting on the set of the film “Changeland.”

The 33-year-old actress was previously engaged to Miley Cyrus’ brother Trace Cyrus, while Culkin dated Mila Kunis for nine years before breaking up in 2011.

Meanwhile, fans on Twitter expressed their surprise (and shock) about the news, mostly didn’t have a clue that they were even dating. One even questioned if they did blackout when their love story unfold.

Macaulay Culkin and Brenda Song, have a baby? Did I black out? Did I come back from being snapped or some? pic.twitter.com/Lt4w4R2Sh4

Check out more hilarious tweets below.

BRO WHAT SEASON ARE WE ON!?! pic.twitter.com/1lpEzi5onp

LONDON TIPTON AND Macaulay Culkin has a child… i need one moment.
pic.twitter.com/cs1M4cbEKR

Macaulay Culkin and Brenda Song had a baby??? They're a couple??? When did that happen??? pic.twitter.com/7JGgaPTg49

where were you when you learned macaulay culkin and brenda song were a couple https://t.co/HeOK2tmupG

can't wait for brenda song and macaulay culkin to teach their kid how to drive pic.twitter.com/o0lsTVmUt2

so no one was gonna tell me that brenda song and macaulay culkin were a couple? pic.twitter.com/Fh5DznvlxM

i was TODAYS YEARS OLD WHEN I FOUND OUT THAT MACAULAY CULKIN AND LONDON TIPTON i mean.. BRENDA SONG WERE DATING. AND NOW THEY HAVE A BABY!!!!!! WTF pic.twitter.com/6k6RbyIZqJ

Did you know they were a couple? Let us know in the comments below!