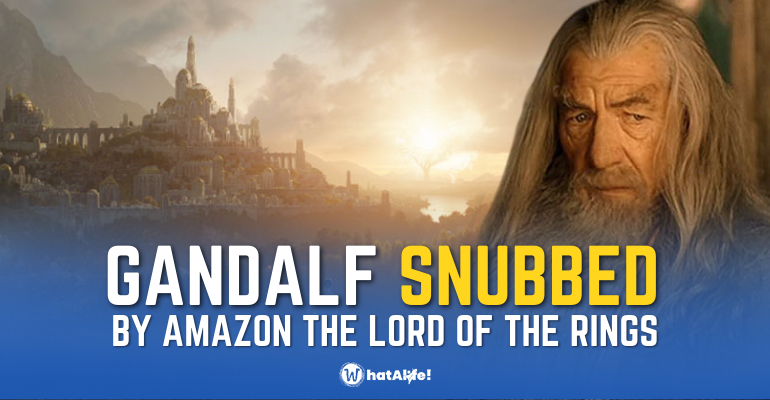 82-year-old veteran English actor Ian McKellen, who starred as Gandalf in ‘The Lord of the Rings’ and other science fiction and popular fantasy films, says he was snubbed by Amazon.

Ian McKellen points out during an interview with BBC2 interviewer Anchor Rajal that the moviemakers of the upcoming series Lord of the Rings snubbed him.

Based on Ian’s tweet, his in-depth interview with Anchor Rajal will be aired on BBC Two on March 3, 2022, at 9 pm.

“Next Thursday, March 3, 9 pm on BBC Two, I’ll be speaking to Amol Rajan for an in-depth interview.”

The legend Gandalf of the previous worldwide hit movie series says that he did not receive a call from the Amazon movie makers. Now, he is still waiting for it to arrive and the Amazon team to deliver the message he expects.

The Lord Of The Rings upcoming TV series on Amazon

There is already an official announcement for the upcoming TV series. The TV series is set to air on Amazon with its title, ‘The Lord of the Rings: The Rings of Power.’ The announced release date of its debut will be on September 2, 2022.

New Zealand is where the production team reportedly planned to record the TV series. And the release date of its official trailer was February 13, 2022.

According to Amazon, there will be five seasons for the TV series. Below is the official synopsis.

This epic drama is set thousands of years before the events of J.R.R. Tolkien’s The Hobbit and The Lord of the Rings, and will take viewers back to an era in which great powers were forged, kingdoms rose to glory and fell to ruin, unlikely heroes were tested, hope hung by the finest of threads, and the greatest villain that ever flowed from Tolkien’s pen threatened to cover all the world in darkness. Beginning in a time of relative peace, the series follows an ensemble cast of characters, both familiar and new, as they confront the long-feared re-emergence of evil to Middle-earth. From the darkest depths of the Misty Mountains, to the majestic forests of the elf-capital of Lindon, to the breathtaking island kingdom of Númenor, to the furthest reaches of the map, these kingdoms and characters will carve out legacies that live on long after they are gone. – WhatALife!

Also Read: Amazon reveals Lord of the Rings subtitle, The Rings of Power

IAN MCKELLEN, THE LORD OF THE RINGS