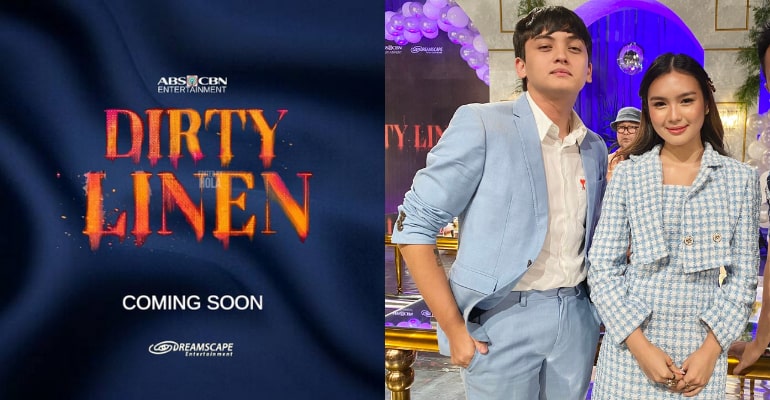 MANILA, PHILIPPINES — Francine Diaz and Seth Fedeline are among the leading stars of the upcoming series ‘Dirty Linen’ by Dreamscape Entertainment and ABS-CBN.

Among the leading stars are Janine Gutierrez, Jennica Garcia and Zanjoe Marudo.

Former housemate of Pinoy Big Brother, Seth, took to Instagram yesterday, May 17, to announce their upcoming romance-comedy genre series by posting photos of him alongside Francine and the other cast members, as seen on his Instagram page.

The production units also shared photos of their team of directors and creatives with the cast members during their story conference for the show held at the ABS-CBN’s headquarters.

‘Dirty Linen,’ headed by Andoy Ranay and Onat Diaz, will begin its production in July 2022.

Francine and Seth are known members of Gold Squad, which includes Andrea Brillantes and Kyle Echarri. The group was formed during the hit afternoon series ‘Kadenang Ginto.’

The group had a rumoured misunderstanding in January 2022, when the netizens spotted the current new tandem “FranSeth” together at Francine’s family gathering.

Andrea reacted through her social media, leading Francine to clarify her involvement with Seth and her relationship status. She then announced through her Facebook Live that she and Seth were dating. However, they eventually broke up.

However, all bad vibes seem to be out of the picture as Andrea recently shared her congratulatory messages to pair by commenting on Seth’s post and saying “Congrats!!” alongside blue hearts, smiles, and sparkle emojis.