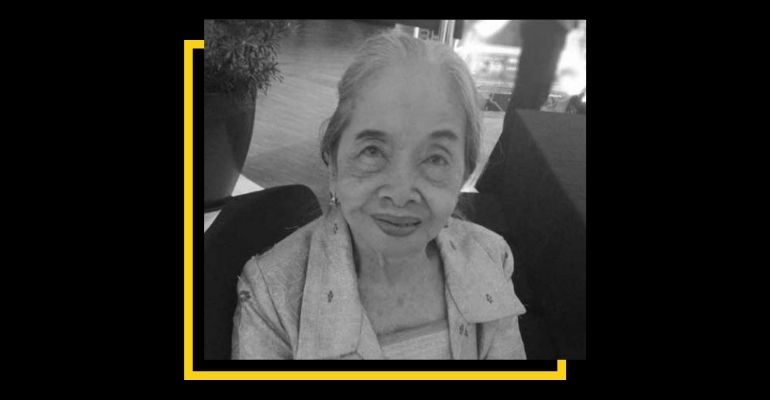 Her death was announced in a post on her Facebook Page, where her friends and loved ones also posted tributes.

Born in Tondo, Manila in the 1920s, Moreno is known as the “high priestess of Filipino poetry,” or simply as “Aling Barang” among poets, writers, and friends. Most of her work includes poetry, theatre, and cinema. She studied at the University of the Philippines (UP), where she would eventually end up teaching humanities.

Moreno released her first poetry collection Batik Maker and Other Poems in 1972, where she won First Prize for the Carlos Palanca Memorial Award for Poetry in that same year. She also penned plays such as Straw Patriot and The Onyx Wolf.

In 1984, she received the Southeast Asian Writers (SEA Write) Award, which recognizes literary excellence in the region, and served as chairman of the UNESCO Culture Committee of the Philippines.

During her time as a Humanities professor at UP Diliman, Moreno also became the first executive director of UPFI Film Center in 1976. – WhatALife.ph