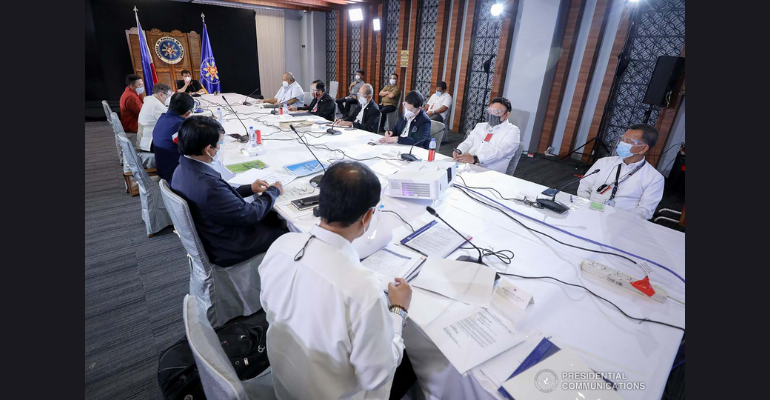 The Department of Social Welfare and Development (DSWD) has realigned its budget to provide funds for the social amelioration program (SAP), DSWD Secretary Rolando Bautista said on Tuesday, August 25.

During yesterday’s Cabinet meeting, Bautista reported to President Rodrigo Duterte that the SAP has a total budget of P207.6 billion.

“[From DSWD, we poured in] PHP10.6 billion from the realigned regular budget in order to support the necessary budgetary requirements of the program,” he said during his presentation.

The P197-billion fund breaks down the total budget rolled out by the Department of Budget and Management (DBM), released in three tranches on April 2, April 16, and June 24.

DSWD spokesperson Irene Dumlao told reporters via Viber message that they are now 93-percent complete in the distribution to some 14.1 million family beneficiaries.

Even with the delayed timeline, Bautista assured the public that they would complete the distribution. The department continues to strive to assist low-income family beneficiaries who were identified by their local government units (LGUs) as the hardest-hit sector of the public health crisis due to coronavirus disease (COVID-19) pandemic.

“The DSWD, along with its payout partners, both indirect and digital schemes have been working hard to secure a 100-percent accomplishment rate,” he said.

You Might Also Want To Read: HOW TO use DSWD ‘Relief Agad’ Mobile Application for SAP beneficiaries

Meanwhile, during the Cabinet meeting, President Duterte announced that he would take accountability for the fund released by the government during the pandemic.

“I will hold myself responsible for this sole and solemn duty of answering for and on behalf of the executive department of all the funds that were spent in the fight against COVID,” he said.

The National Task Force for COVID-19 will provide a detailed report on how all funds were spent and also the intended purpose, the President said.

Specific measures will be put in place to ensure transparency in government expenditures, he added.

Meanwhile, the DSWD vowed on Monday, August 24, to complete the SAP distribution soon.

The agency announced that they would not close its books on the SAP until all target beneficiaries have received the assistance.

While DSWD has initially challenged itself to finish the payout by August 15, some LGUs have not sent their complete list of pre-validated beneficiaries.

On August 18, Bautista said they are still waiting for the LGUs to complete the uploading of the social amelioration card (SAC) forms of the remaining 300,000 beneficiaries and the validation of 200,000 others lacking vital information such as mobile numbers and middle names.

As of Monday, the agency said there are 119,411 SAC forms which still need to be uploaded while 167,537 beneficiaries are for validation.

In their most recent available data on the total number of distributed cash aids, they are almost 95-percent done with their targeted payouts.

Likewise, the DSWD urged the LGUs to fast-track their action and accomplish these concerns to immediately facilitate the processing of the SAP assistance of the remaining beneficiaries.

The ‘Bayanihan to Heal As One Act’ has given the national government powers to provide emergency subsidies to low-income families amid the pandemic.

The Joint Memorandum Circular No. 1 of 2020 stated that the subsidy should amount to a minimum of PHP5,000 to a maximum of PHP8,000 a month for two months to provide for basic food, medicine, and toiletries.