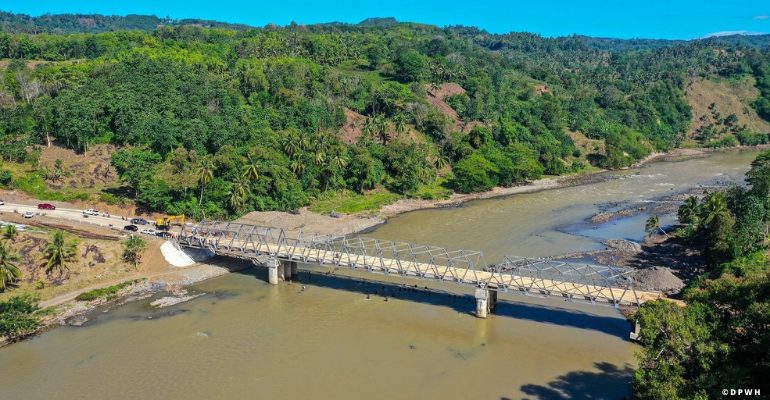 Linking Barangay Talahiron with Barangay Magsaysay in Kibawe town, the 134.9-lineal meter bridge across Pulangi River in Sitio Kikipot, Talahiron is a much-needed connectivity infrastructure of the populace.

Prior to the implementation of the project, residents of Barangay Talahiron, Barangay Natulongan and other nearby communities needed to traverse an existing 4-kilometer barangay road. Some would cross the river using a “gaket” or wooden raft, but it becomes impassable during heavy rains.

“This project will significantly provide a comfortable, convenient, and safe access to and from the town for basic necessities. Further, it boosts economic activities and increases productivity and income growth of small-scale farmers in the area,” he added.