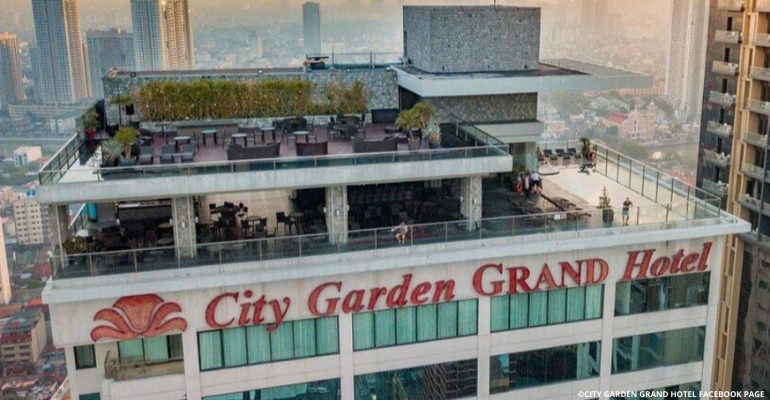 The City Garden Grand Hotel (CGGH) in Makati City has been suspended for six months with fines and revocation of its certificate to operate following a probe into the death of flight attendant Christine Dacera inside its premises, Tourism Department said on Thursday, January 14.

In a statement, the Department of Tourism (DOT) said it found the hotel to have “misrepresented itself to the public” as being allowed to accept guests for leisure or staycation purposes despite being a quarantine facility.

“The DOT, in its Resolution dated 14 January 2021, finds CGGH liable for the offense of gross and evident bad faith in dealing with clients/fraudulent solicitation of business or making any false, deceptive, or misleading claims or statements for the purpose of soliciting business from clients under Section 13.2 (c) of DOT Memorandum Circular No. 2018-03,” the statement read.

Under DOT Administrative Order No. 2020-002-C, hotels operating as quarantine facilities are prohibited from accepting guests for leisure purposes.

The DOT National Capital Region (DOT-NCR), during the investigation, found evidence that the hotel was advertising packages to accept leisure guests and “never indicated that it is a quarantine hotel.”

The resolution imposed the CGGH with a six-month suspension of DOT accreditation, a fine of PHP10,000, and revocation of its Certificate of Authority to Operate.

“The CGGH has the right to appeal within the period prescribed by the DOT rules and regulations,” the statement reads.

With this, the DOT also warned other accredited accommodation establishments to limit their operations to the authority given to them, noting that quarantine facilities cannot offer rooms for leisure and vice versa.

“Only four- and five-star rated AEs may be allowed to apply as staycation hotels. At present, there are only fifteen (15) AEs in Metro Manila that have been issued the Certificate of Authority to Operate as Staycation (CAOS),” the statement further said.

It encouraged the public to report similar incidents that violate DOT rules and regulations to the DOT’s Office of Tourism Standards and Regulations by email at feedback@tourism.gov.ph or otsr.dotdirector@gmail.com.

Dacera, along with some of her friends, celebrated New Year’s Eve at the hotel, as seen from several video footages and photos circulating online.

According to an autopsy report, she was found dead in a bathtub on January 1, with aneurysm as the cause of death.

Her family, however, said there could be foul play surrounding her death. A preliminary investigation into Dacera’s case is set on January 27.

You Might Also Want To Read: Medico-legal report of flight attendant ‘not for public consumption’ –Makati police chief