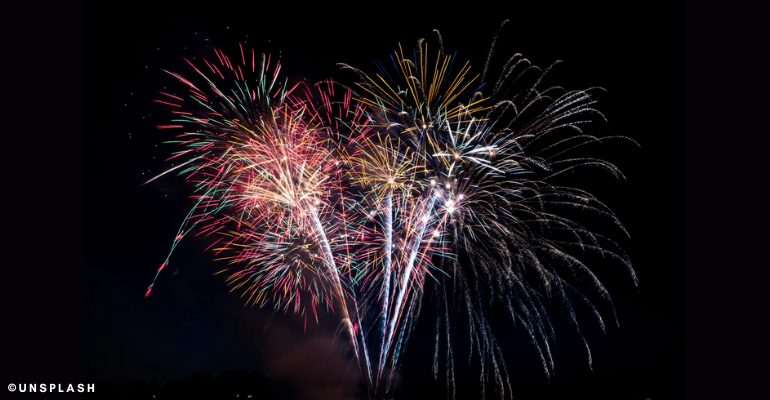 GOOD NEWS! The Department of Environment and Natural Resources (DENR) recorded a substantial reduction in air pollution levels on the first day of 2021 in Metro Manila by as much as 59 percent compared to pollution levels recorded last year.

In a news release issued on Saturday, DENR Secretary Roy A. Cimatu cited the support of Metro Manila local executives and residents to the government’s effective implementation of Executive Order 28, limiting the use of firecrackers to “community fireworks display” which has been in effect since 2017.

DENR-Environmental Management obtained an average concentration of 87 micrograms per normal cubic meter (ug/Ncm) of Particulate Matter (PM 10) based on the measured data between midnight of December 31, 2020 to January 1, 2021, from its six air quality monitoring stations (AQMS) in Caloocan, Marikina, Navotas, Pasig, Parañaque and Taguig cities.

“This attests to the correctness of President Rodrigo Duterte’s interest to put a nationwide total ban on firecrackers which I believe clearly speaks not only for the President’s strong policy agenda for health and safety, but for sound environmental governance as well,” Cimatu said.

Only the station in Don Bosco Barangay Hall Compound, Parañaque showed a 21-percent increase from 62 to 75 ug/Ncm.

PM10 in firecrackers are mainly coming from residuals of the explosive powders wrapped in paper, which consists of a mixture of sulfur (S), carbon (C), and potassium nitrate (saltpeter, KNO3), and other fine minerals that contain heavy metals. The short-term limit for PM10 is 150 ug/Ncm under the National Ambient Air Quality Guideline Value (NAAQGV) of Republic Act 8749 or the Clean Air Act.

Likewise, the EMB report noted that “the NYE 2021 have significantly lower concentrations of PM2.5 compared to the NYE 2020,” particularly for its station at the Muntinlupa Bilibid open ground in Muntinlupa City, which posted a maximum concentration of 12 ug/Ncm between 12 midnight to 2 AM of January 1, 2021. The reading accounts for a 43-percent drop from 22 ug/Ncm obtained for the same period last year.

These are attributed to “the strict measures being implemented” by Metro Manila Mayors under Metro Manila Development Authority Resolution No. 20-17 “Prohibiting Individual and Household Use of Firecrackers and Other Pyrotechnic Devices During General Community Quarantine”.

These particles can reach the lungs when inhaled, leading to respiratory and circulatory diseases, including brain damage and cancer. (DENR PR)