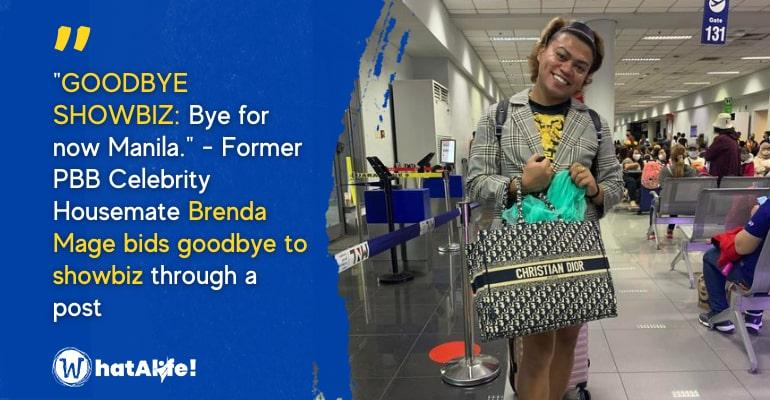 He is known to be against the growing relationship of Alexa Illacad and Eian Rances during their stay at Big Brother’s house. The Filipino actor gathered criticism from the netizens because of sexual harassment and controversial remarks against his fellow celebrity housemates.

“Goodbye City life… Back to Province life,” he added.

Brenda’s plan is to leave Manila and go back to his province to experience again to live a simple life.

He wants to shift his focus back to his family and his future.

The actor expressed his gratitude and is thankful for the memories he made with the people close to him.