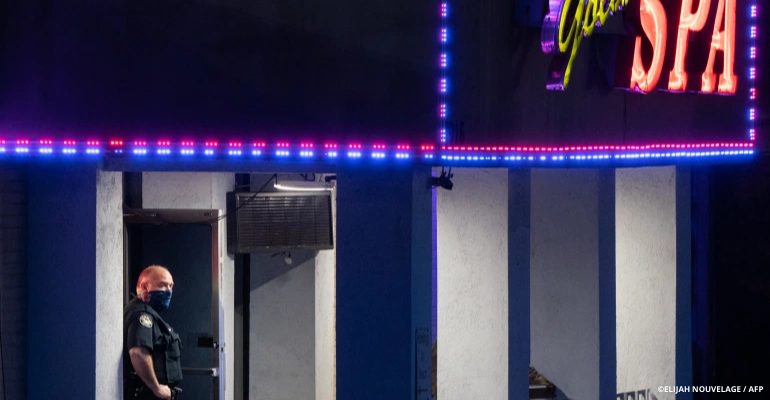 Many Asian Americans were already on edge following a recent spike in hate crimes against the community, and the shooting has just added fuel to that fear.

At least eight people, including six Asian women, were killed in shootings at three different spas in the US state of Georgia on Tuesday, March 17.

Police reported that a 21-year-old white man in custody on suspicion of staging all three attacks.

According to Captain Jay Baker of the Cherokee County Sheriff’s office, the bloodshed began around 17:00 EDT (21:00 GMT) on Tuesday when four people were killed. Meanwhile, another was wounded in a shooting at Young’s Asian Massage in Cherokee County, about 64km (40 miles) north of Atlanta.

Authorities have identified Robert Aaron Long as a suspect in all three shootings and say he acted alone.

“The suspect did take responsibility for the shootings. He said that early on, once we began interviews with him,” Baker said at a news conference on Wednesday.

“He does claim that it was not racially motivated,” Baker said, explaining that Long has a “what he considers a sex addiction” and saw the parlours as “temptations he wanted to eliminate.”

A local newspaper reported Long bought a gun from a local shop the same day the shootings occurred.

Atlanta Police Chief Rodney Bryant said it is too early to definitively say this was a hate crime. Atlanta Mayor Keisha Lance Bottoms added that there has not been “a significant uptick in formal complaints” of violence from the city’s Asian American community. Still, they recognized the spike in reports of violence against Asian Americans across the country, calling it “unacceptable.”