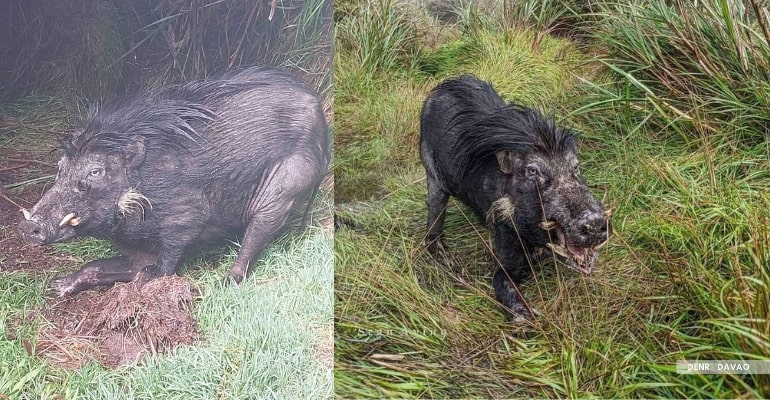 DAVAO, PHILIPPINES — An endangered Philippine warty pig was seen at Mount Apo during the Holy Week monitoring operation of the Department of Environment and Natural Resources (DENR)-Davao from April 11 to 17, 2022.

The existence of the wild pig, which was discovered during DENR Davao’s annual Lenten climb monitoring of the summit, is an indication of the peak’s progressive natural recovery, according to DENR Davao.

DENR-Davao confirmed the presence of an endemic Sus philippensis or Philippine warty pig, commonly known as “baboy-ramo” or “baboy-ihalas,” at Mount Apo Natural Park in an online statement on Monday, April 18.

The Philippine warty pig has been designated as a vulnerable species because of its rapidly falling population.

The environment bureau also warned the public to stay a safe distance from pigs and other wild animals while hiking and to avoid feeding them in order to preserve the animals’ natural desire to hunt for food.

The team assessed Mount Apo’s surroundings, including its peak in Davao Region and created paths in Tamayong, Bansalan, Digos City, and Sta. Cruz. They also checked the natural park’s authorized entry points and campsites to ensure that the park’s hiking policies were followed. – WhatALife!