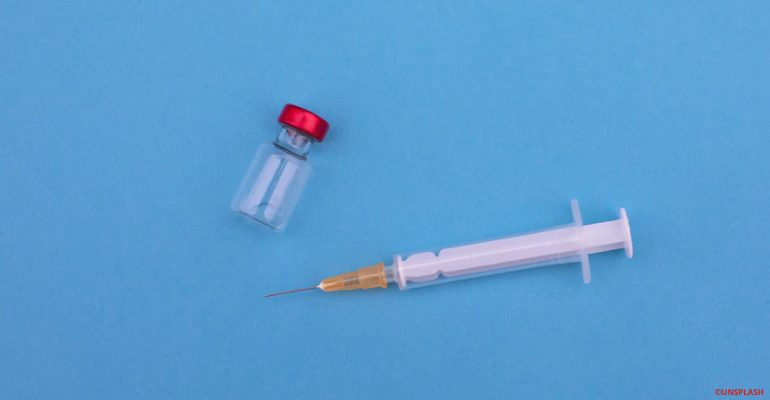 Will we be able to defeat the novel coronavirus in just a span of a year?

The race on creating a vaccine for the novel coronavirus has long started since the first COVID-19 case surfaced a year ago in Wuhan, China. These biotech companies and pharmaceuticals have pushed through sleepless nights and work around the clock to create a safe and effective vaccine as soon as possible. With this, a handful of vaccines have been authorized worldwide, along with many more remain in development.

To update you with the current standing on the race, we listed below the nine promising vaccines created by brilliant minds across the globe, according to the COVID-19 vaccine tracker published in Regulatory Affairs Professionals Society.

As of January 7, 2021, the following vaccines have been authorized/approved.

Background: Formerly called as BNT162b2, Comirnaty is a re-engineered nucleoside mRNA-based vaccine developed by BioNTech and Pfizer, while Fosun Pharma has licensed Comirnaty in China. The vaccine is given as an intramuscular injection (a technique used to deliver a medication deep into the muscles) in two doses 21 days apart. It then generated an immune response against SAR-CoV-2, the virus that causes COVID-19, by encoding a mutated form of the full spike protein of the virus.

Effectiveness: According to a  Phase 3 data published in NEJM, Comirnaty has shown 95% effective to over 43,000 participants.

Country of Origin: US

Effectiveness: In the pivotal Phase 3 trial of 30,000 participants at high risk for COVID-19, participants received a 100 µg dose of mRNA-1273 and another 4 weeks later or placebo injections and then be followed for up to 2 years; results published in NEJM demonstrated efficacy of 94.1% (COVE trial; NCT04470427).

Effectiveness: Sinovac representatives told Reuters that the vaccine appeared to be safe in older trial participants, and did not cause any severe side effects. Preliminary results from the Instituto Butantan trial announced by the company indicate CoronaVac is safe so far, with no serious adverse events reported. In Phase 3 trials, efficacy is above 50%, according to independent reporting from the Wall Street Journal. According to officials in Turkey, the effectiveness of the vaccine is 91.25%. The trial in Brazil was briefly suspended due to a patient death, but resumed. Results from the Phase 1/2 trials published in The Lancet Infectious Diseases indicate the vaccine has good safety and immunogenicity, with seroconversion occurring in 92.4% of participants receiving the 3 μg dose on a 0-14 day schedule and 97.4% of individuals receiving the same dose on a 0-28 day schedule.

Background: AstraZeneca and the Oxford Vaccine Group at the University of Oxford have developed “COVID-19 Vaccine AstraZeneca” (previously AZD1222 and ChAdOx1), a chimpanzee adenovirus vaccine. In India, the candidate is being jointly developed by the Serum Institute of India and AstraZeneca, and goes by the name Covishield. Two vaccines are administered in two doses between 4-12 weeks apart.

Effectiveness: In an interim data from a Phase 3 trial in the UK, Brazil, and South Africa published in The Lancet indicate the vaccine has an overall efficacy of 70%, with vaccine efficacy at 62.1% in a group of participants receiving two standard doses and 90% in a group receiving one half dose followed by a standard dose.

Background: Researchers at Sinopharm and the Wuhan Institute of Virology under the Chinese Academy of Sciences are developing an inactivated COVID-19 vaccine candidate.

Effectiveness: The vaccine has shown a “strong neutralizing antibody response” in Phase 1/2 trials, according to a release from China National Biotec Group. Results from a Phase 1 and a Phase 2 trial published in JAMA show the vaccine candidate has demonstrated immunogenicity (the ability of cells/tissues to provoke an immune response).

Background: The Gamaleya Research Institute in Russia and Health Ministry of the Russian Federation are evaluating their non-replicating viral vector vaccine, Sputnik V (formerly Gam-COVID-Vac), in a Phase 3 trial in Russia and internationally.

Effectiveness: The Russian Direct Investment Fund (RDIF) announced the vaccine was 91.4% effective in interim trial results based on 22,714 participants, but these results have not yet been peer reviewed. Results from the two small Phase 1/2 trials published in The Lancet appear to show the vaccine has a good safety profile and “induced strong humoral and cellular immune response” in participants.

Effectiveness: Results from a paper published in the journal Cell appear to show BBIBP-CorV provides “highly efficient protection” against SARS-CoV-2 in rhesus macaques (primate) who underwent challenge against the virus. On 9 December, the UAE announced the vaccine was 86% effective, according to a statement from the country’s health ministry.

Effectiveness: Clinical trials of the vaccine had been completed after beginning in July, according to reporting from Reuters on September 30. Moreover, the head of the zoonotic diseases and flu department with the Russian State Research Center of Virology and Biotechnology Vector has said participants have developed immunity “a month after the first vaccination,” but no official trial data has yet been released.

Regulatory Actions: Bharat Biotech received restricted emergency approval from CDSCO on 3 January. No peer-reviewed studies evaluating its safety and efficacy have been published.

Effectiveness: Ongoing Phase 3 trial for its 26,000 participants, according to the Director General of ICMR, which has reached about half of its enrollment target. And on 16 December, Bharat Biotech reported that Covaxin was “safe and triggered immune responses” in a Phase 1 trial, while the first two phases of the trial did not have any major adverse events, the company said in a statement.

To further know about these approved vaccines, visit www.raps.org.

You Might Also Want To Read: Moderna, Arcturus to supply PH up to 25M doses of COVID-19 vaccine