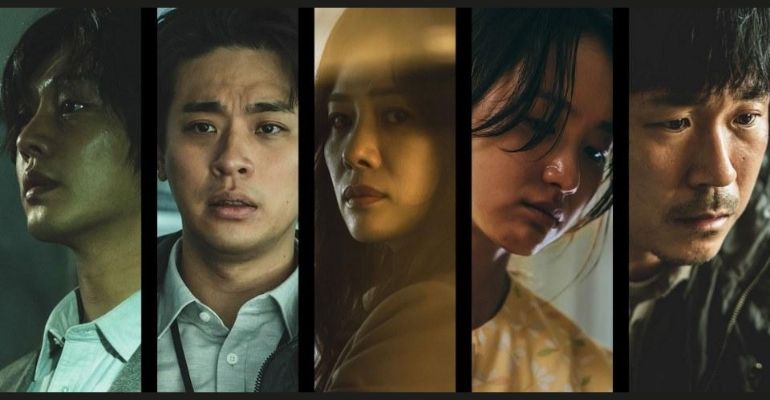 ‘Hellbound’ will be the first of its kind at the Toronto International Film Festival!

Director Yeon Sang-ho’s latest production – starring Yoo Ah-In – has an in with the 46th TIFF. This invitation marks the first time a Korean drama has joined the largest film festival in North America.

TIFF is widely known for showcasing many interesting new films across the globe, attracting over 480,000 people annually.

Yeon Sang-ho also directed hits such as the movies Train to Busan and Peninsula if it rings any bells.  For horror/thriller lovers, this means the K-Drama is a show to keep an eye on. Additionally, Yoo Ah-In, who starred in another hit zombie film, #Alive, is the headliner for the series.

Won Jin Ah, Kim Hyun Joo, and Park Jung Min star alongside Yoo Ah-In. Hellbound’s story revolves around a strange phenomenon. People are given predictions on the day they die, but a holy messenger can help prevent their demise.

Yoo Ah-In plays the head of a mysterious religious organization called Saejinrihoe. While grim reapers sentence some people to death, other people try to reveal the truth behind Saejinrihoe.

Hellbound’s page on the film festival’s home website is relatively sparse. Yet, it contains a few bits of important information. Firstly, the K-Drama starring the #Alive actor is in the Primetime category. The category is defined as “Serial storytelling: television in its artistic renaissance.” So, the series are long-form type shows, with a cinematic quality to them. Hellbound also contains the Thriller tag; it’ll bring people to the edge of their seats.

According to its synopsis: “Korean visionary Yeon Sang-ho taps into the world’s collective anxiety with his wildly original take on the procedural drama.”

Hellbound contends with other strong series such as Colin in Black and White, Sort Of, and The Panthers.