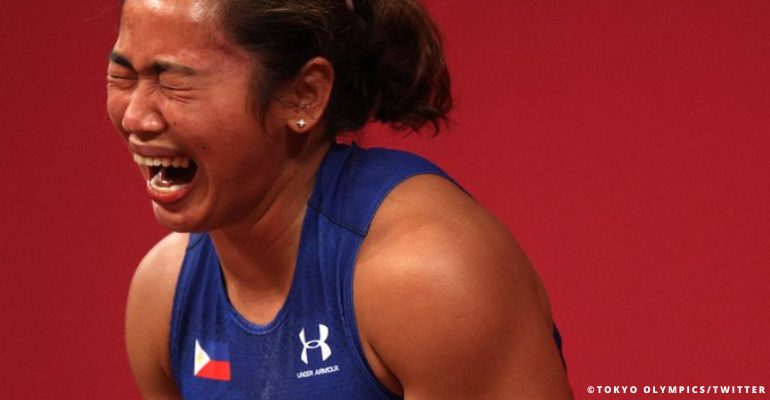 Weightlifter Hidilyn Diaz made history after winning the Philippines’ first-ever Olympic gold medal for women’s 55-kilogram weightlifting on Monday, July 26. It’s the nation’s first win since it began participating in the Summer Games in 1924.

“History. Made,” the Olympics said on its Twitter account, congratulating the 30-year-old Diaz. She lifted an Olympic record 127 kilograms in the clean and jerk event, which sealed her victory, the Philippine Daily Inquirer reported.

Diaz won with a total Olympic record of 224 kilograms, just a point higher than second-place finisher Liao Qiuyun of China. Liao previously set the world record for 55 kilograms in 2019 with 227 kilograms.

Due to the COVID-19 restrictions, Diaz has been away from her family for seven months for her training in Malaysia.

After bringing home the gold medal, Diaz will receive P33 million worth of incentives from the Philippine Sports Commission (PSC) and the country’s tycoons.

According to the PSC’s incentive system (RA 10699), an Olympic gold is worth P10 million, and Diaz is the first Filipina athlete to pocket that prize.

Watch below an emotional Diaz as the Philippine National Anthem played at the Olympics while the nation’s flag is being raised.