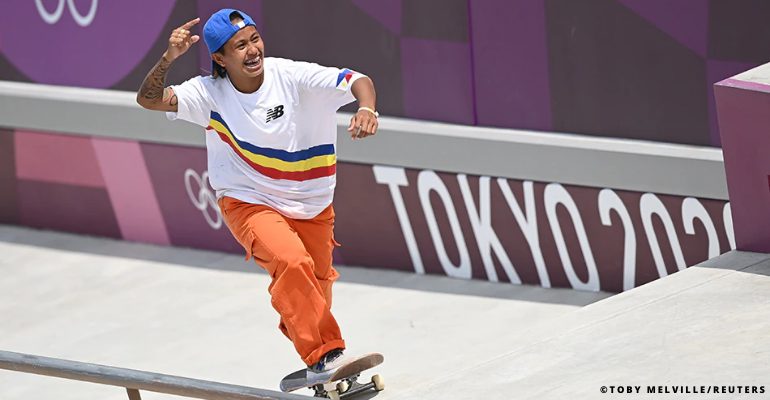 The 22-year-old Cebuana ranked third in the overall performance in the preliminaries with a score of 12.02. Unfortunately, she botched her last three tricks, ending up at seventh place during the finals with a total score of 7.52.

Didal suffered an apparent injury after failing to land her first trick, which slowed her down the rest of the competition. However, she maintained to put a contagious smile on her face and has amped up the mood in the park, winning over both recognition from the local and international viewers.

The official Twitter account of the Tokyo 2020 Olympics also dubbed her thumbs-up pose as Margielyn’s official “seal of approval.”

This will be known as the "Margielyn Didal seal approval" ???? pic.twitter.com/tWolMAQykq

Japan got a 1-3 finish in the street skateboarding final with Momiji Nishiya leading the way. The 13-year-old won the gold after nailing her last three tricks to finish with 15.26 points.

Funa Nakayama had a chance to steal the gold from her compatriot, but she missed her final trick and settled for the bronze with 14.49 points.