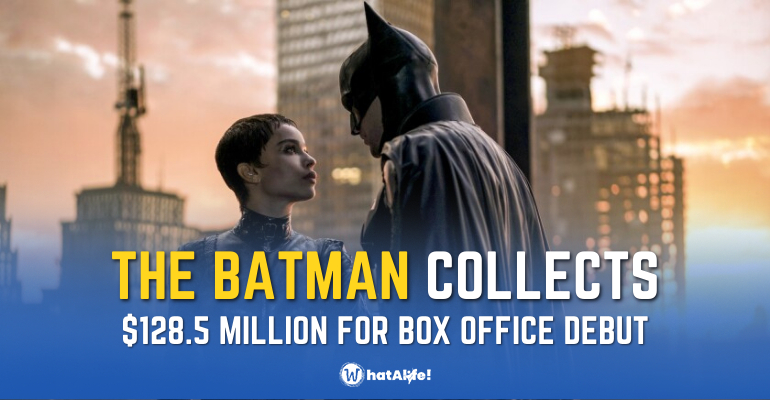 LOS ANGELES, USA — The highly anticipated movie ‘The Batman’ had massive ticket sales on its opening. The film’s box office debut, starring Robert Pattinson as Batman, had a great collection amounting to $128.5 million. The box office debut of the film ‘The Batman’ marked the year’s best opening weekend.

‘The Batman’ is the second pandemic-era movie that passed the $100 million mark in just one week.

The first movie that was able to achieve and surpass the $100 million mark is the movie ‘Spider-Man: No Way Home.’

The Spider-Man movie collected a historic amount of $260 million on its first launch last December, 2021.

‘The Batman’: A Possible Commercial Winner of Warner Bros

Film production and displaying the film to cinemas is an expensive thing to do for Warner Bros.

The studio put in their significant efforts and spent millions amounting to $200 million for the film’s production only. However, with the help of the positive reviews, ‘The Batman’ could become a commercial winner for Warner Bros.

The film ‘The Batman’, directed by Matt Reeves, has a star-filled cast, with Robert Pattinson as the Batman, Zoe Kravitz as the Catwoman, Colin Farrell as Penguin, Paul Dano as the Riddler, and Andy Serkis as Batman’s butler Alfred Pennyworth. The list of the star-studded cast may also be a factor of the movie being a big hit.

However, the studio considers that there might be other factors.

‘The Batman’ was marked as a PG-13 rating resulting in capturing the younger male demographic that boosts the movie’s box office hit.

The movie clocks for three hours and is long-sitting for everyone. And due to its lengthy period, its number of screenings in theaters per day was limited. – WhatALife!

Also Read: Robert Alonzo: A Filipino-American Stunt Coordinator Who Trained The Lead Stars of ‘The Batman’