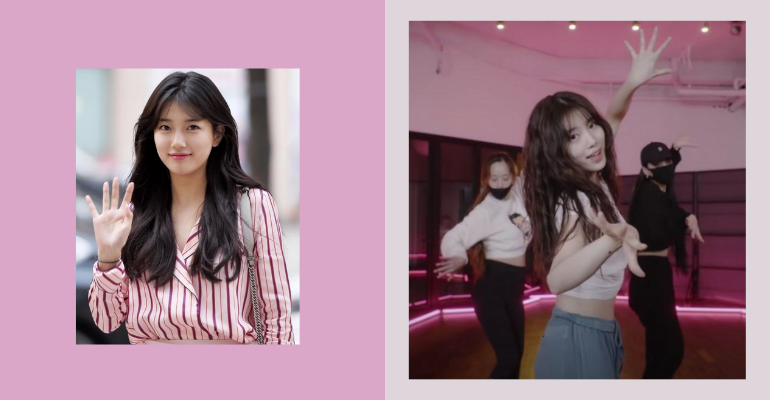 When the song first came out in 2017 as the title track from her debut solo album ‘Yes? No?’, Suzy received tons of love and recognition from fans.

Along with a performance of ‘Yes No Maybe,’ Suzy also perform various songs during her fan concert, titled ‘Suzy: A Tempo’.

“A Tempo” is a musical term meaning, “to resume the speed that was held before a temporary change.” It is meant to represent how Suzy will be looking back on her fast-paced run of 10 years and her promise to remain constant in the future.

Check out her full dance practice video below!

Suzy debuted in the Kpop industry as one of the girl group member, Miss A, under JYP Entertainment in 2010. She later debuted as an actress with television series Dream High (2011) and debuted in film in Architecture 101 (2012). Since her successful film debut, Suzy has been hailed as “The Nation’s First Love” in South Korea.

Want to watch Suzy’s fan concert? ‘Suzy: A Tempo’ will take place on January 23 at 7 PM KST via KakaoTV.