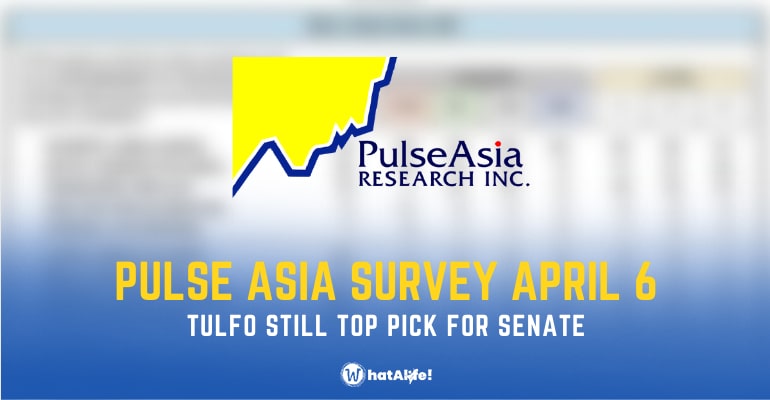 Although the majority of the likely senate winners in May 2022 are either incumbent or former members of Congress, Mr. Raffy Tulfo is alone in first place as of March 2022 with 65.6%. The following senatorial have a statistical possibility of being elected:

The survey took place from March 17 to March 21. In-person interviews with 2,400 persons aged 18 and above were conducted across the country.

Around 1.8 % of likely voters are undecided about their senatorial selections, 1.7% are not voting for any senatorial candidate, and 0.2% refused to say who they will elect as a senator in the May 2022 elections. – WhatALife! / Francis