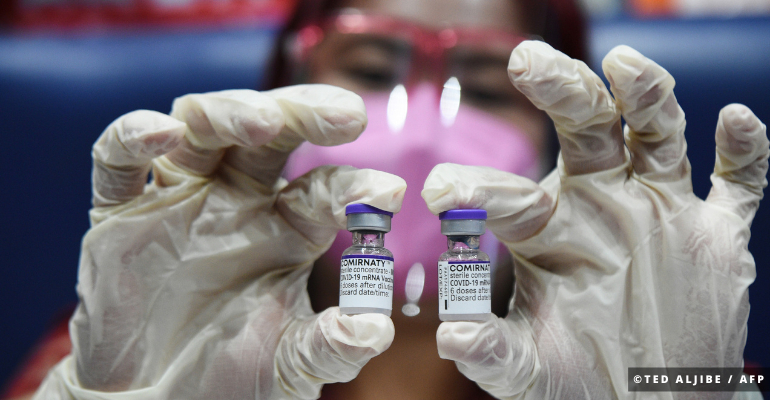 Since the beginning of its rollout in March, the Philippines has administered nearly 72 million doses of the COVID-19 vaccine nationwide, with over 32 million Filipinos fully vaccinated against the dreaded infection.

With this achievement, National Task Force (NTF) against COVID-19 chief implementer Secretary Carlito Galvez Jr. expressed confidence that the government will fully inoculate “at least half” of the country’s target population by the end of November.

Galvez said the government’s plan to push a three-day national vaccination drive, which will be done simultaneously across 17 regions from November 29 to December 1, will help the country “sustain or even increase” the current vaccination pace.

To achieve population protection by the end of the year, the government aims to amp up the country’s average daily vaccination rate up to 1.5 million doses.

The NTF chief implementer reported the country’s average daily doses administered in the last seven days have “significantly” improved to 854,108 jabs, compared to 748,839 doses in the previous week.

The Philippines received more than 128 million doses of COVID-19 vaccines, both government-procured and donations, from various pharmaceutical companies, and more vaccines are slated to arrive until December, Galvez said.

“More than 16 million doses are still expected to arrive this November, which means that by the end of this month, we would be receiving 140 million doses since February. These will be crucial as we carry out a more aggressive vaccination rollout nationwide,” he added.