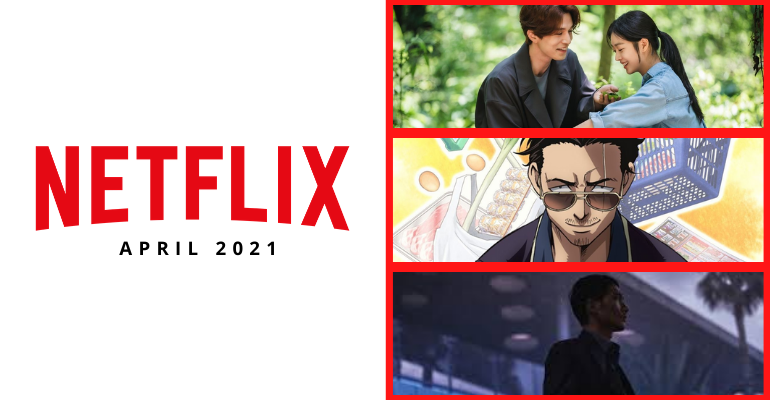 April is fast approaching, which also means new titles are arriving at Netflix Philippines. So, get your movie watching calendars and mark these exhilarating shows!

April 2: The Serpent (Netflix Original) – a crime drama series co-produced by BBC One and Netflix. It is based on the crimes of serial killer Charles Sobhraj, who murdered young tourists exploring the ‘hippie trail’ of South Asia between 1975-1976.

April 2: Concrete Cowboy (Netflix Film) – an American Western drama film about a 15-year-old boy from Detroit sent to live with his estranged father in Philadelphia and learns about the local urban cowboys. The movie was based on the novel Ghetto Cowboy by Greg Neri.

April 8: The Way of the Househusband (Netflix Original) – a Japanese manga series following an ex-yakuza (organized syndicates in Japan) boss who retires from crime to become a househusband and support his Kyariaūman (career woman) wife.

April 9: Night in Paradise (Netflix Film) – written and directed by Park Hoon-jung, the South Korean drama film follows the story of Tae-goo (played by Uhm Tae-goo), who flies to Jeju Island after the death of his sister and nephew because he tried leaving his gang.

April 9: I Love You To Death – after her birthday wish for true love comes true, Gwen (played by Kiray) begins to experience strange and unexpected consequences.

April 16: Arlo The Alligator Boy (Netflix Film) – follows the adventure of a wide-eyed boy, who is half human and half alligator, in search for his long lost father. He left his sheltered life in the swamp and embarked on a journey to New York City.

April 23: Shadow and Bone (Netflix Original) – a fantasy adventure about a teenage orphan who grows up in the Russia-inspired land of Ravka before her entire life shifts when she unveiled a power she never knew she had to save her best friend.

April 23: The Prenup – a Filipino romantic-comedy film starring Jennylyn Mercado and Sam Milby and follows a couple who first met on a long flight to New York City. After falling in love, the unlikely couple flies back to the Philippines to get married but faces off against their parents, who argue about a prenuptial agreement.

April 30: The Mitchells Vs. The Machines (Netflix Film) – an American computer-animated science-fiction comedy film following a family that winds up having to save Earth from a technological singularity. Starring the voices of Abbi Jacobson, Danny McBride, and Maya Rudolph.

Note: Dates and titles are subject to change