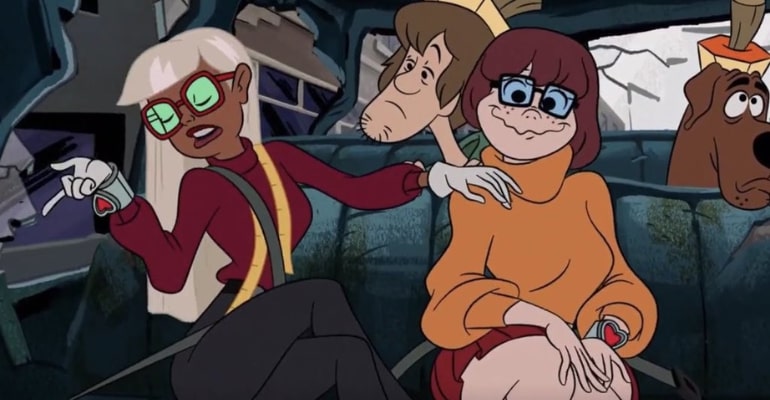 HOLYWOOD, USA — The new animated movie of Warner Bros., “Trick or Treat Scooby-Doo,” confirmed Velma Dinkley, a well-loved character of the gang, as lesbian, and fans are ecstatic!

It is finally CANON! Velma Dinkley, a member of one of the most famous gangs in the cartoon world, is finally revealed as part of the LGBTQ+ community.

In the new animated movie “Trick or Treat Scooby-Doo,” Velma is shown to gush over another female character, convicted felon Coco Diablo. Velma blushed upon checking Coco out and saying her trademark expression, “Jinkies!”

In another clip, Velma admits to Daphne she is “crushing big time” and asks for her advice on what to do and say.

The identity of Velma has long been speculated by fans and is essentially an open secret in the Scooby-Doo franchise.

James Gunn, who directed the 2001 and 2004 live-action “Scooby-Doo” films, tweeted back in 2020 that Velma is “explicitly gay” in his initial script.

However, the studio kept “watering it down, becoming ambiguous (the version shot), then nothing (the released version) [and] finally having a boyfriend (the sequel).”

Another producer of the franchise, Tony Servone, said they intended for Velma to have a romantic relationship with a character named Marcie.

He posted a photo of Velma and Marcie with the Pride flag background back in 2020, saying, “I obviously don’t represent every version of Velma Dinkley, but I am one of the key people that represents this one. We made our intentions as clear as we could ten years ago.”

“Most of our fans got it. To those that didn’t, I suggest you look closer,” he added.

Other than fans making the #lesbian trend on Twitter, Hayley Kiyoko, an openly lesbian actress that played Velma in the 2009 film “Scooby-Doo! The Mystery Begins,” also celebrated the occasion.

“I feel alive and seen,” she tweeted in response to a fan that asked her if she was okay after the news.

The multinational technology company Google also marked the occasion by showering the search page with lesbian and progressive Pride flags when the keyword “Velma” is entered into the search bar. – WhatALife!