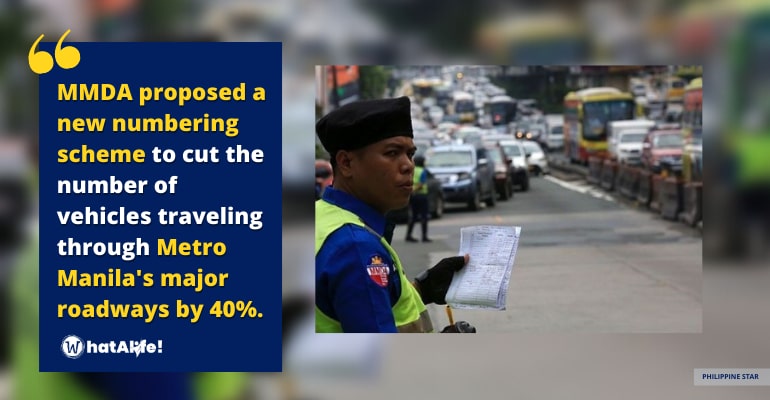 MMDA Chair Romando Artes said at a Laging Handa briefing on Tuesday that the proposal for the new number coding scheme has been presented to the Metro Manila Council, which is made up of the 17 mayors of the National Capital Region (NCR), and that a decision is expected after Holy Week.

According to Artes, the system only applies to private vehicles, excluding taxis, TNVS, public utility jeepneys, buses, and other similar vehicles.

He added that the concept might lower the number of private cars on the northbound side of EDSA by up to 1,174, assuring a “light to moderate flow” of vehicles.

Most motorists should be able to reach home earlier on days when their vehicles are not restricted under the new scheme, he said, while still being able to use their vehicles outside of rush hours when they are barred.

(You can still use that time instead of being stuck in traffic, you can still do errands or work overtime.)

According to the Japan International Cooperation Agency, increasing traffic in Metro Manila costs the country P3.5 billion per day in lost opportunities. – WhatALife!