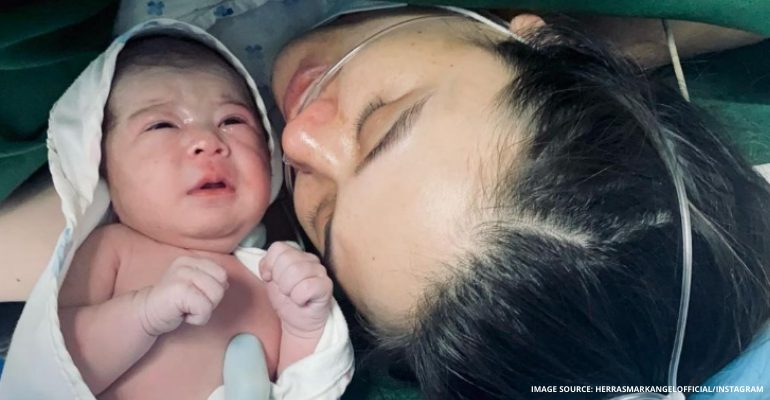 Herras revealed through a vlog in September 2020 that Donesa was with child.

He then clarified that it was not the reason why they were planning on getting married. “Nililinaw ko lang sa mga mamba-bash diyan,” he said.

Regarding the delay in the announcement of her pregnancy, Donesa explained that “It’s nice thing to keep private muna especially during the very sensitive stages sa akin.”

“First trimester for me was so hard. Both of us actually, (it) was really hard,” she added.

It was in June 2020 when Herras first announced his engagement with former beauty queen Donesa, whom he first met on the set of the series “Bihag.”

The actor also has a daughter named Ada from a previous relationship.

You might also want to read: Surprise! Halsey reveals she’s pregnant and shows off her baby bump