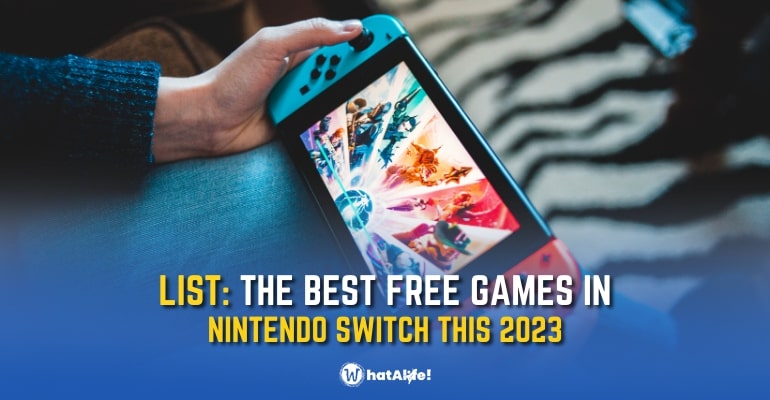 It has been 4 years since the release of the Nintendo Switch and it’s still a very popular console due to its portability and exclusive games. Even though its exclusive titles might be expensive, the Nintendo Switch has a ton of free online multiplayer games that you can play to test your gaming skills and bring out your competitive nature!

The battle royale game genre was at its peak when Fall Guys was released. Partner that with many people staying at home, the platformer obstacle game took the internet by storm due to its unique twist to the genre.

What makes Fall Guys fun is it’s easy to learn and master, but that also applies to your opponents, thus forcing its players to find innovative ways to win. Its cartoonish art style and goofy movements makes the game feel very light-hearted too!

Although it’s best to play the game with your friends, Fall Guys can only be played online and does not support split screen gameplay. However, it does support crossplay, meaning, you can play with your friends using different gaming platforms.

Born too late to explore the world, born too early to explore the universe. However, born just in time to slay dragons and monsters! (Just digitally though). Dauntless is an online role-playing-game where you, a Slayer, slay monsters for quests and their materials. The materials gathered are used to upgrade your equipment to fight stronger monsters!

The main appeal of the game is its co-op function, where you can form a party of 4 and raid the monster’s nest together! You can be the Tank where you take most of the beast’s damage to save your allies, a Support to heal your team or buff their stats so they can land hits and survive attacks, or the damage-dealer, which is a self-explanatory role.

The game’s mechanics are not hard to learn, but are quite hard to master. Although it might get a bit mechanically difficult at the late stages of the game, it’s still quite addicting. Dauntless is the best kind of game to play when you’re just planning to sink some time while waiting due to its immersive graphics and playstyle.

Football is one of the oldest games in history. In fact, the oldest form of a football game was recorded as early as 2500 BCE in China. Throughout the years, the game has taken different forms. On table top, such as foosball, and digitally, such as the FIFA series, the game had kept its base mechanic, kicking the ball into the goal.

Rocket League is one such iteration, deviating from the foot part of the ball game. The digital game had the ingenious idea of mixing Car Derby with football! Players drive rocket-powered cars to hit a giant ball into their opponent’s goal to score points.

If you have entered the gaming scene in the early 2000s, you have surely played Tetris. Be it from the old Brick Game console or when Facebook was still a weird gaming platform, the game’s core playstyle remained the same!

In the original Tetris, players rotate and position falling brick pieces on the game screen to create and clear horizontal lines. Points are earned every time a line is cleared and the game becomes more difficult as the falling pieces move faster. This base Tetris game is free.

However, Tetris 99 is a Battle Royale, where 99 players, including you, play the original game mechanics but with a twist! They send the lines they cleared to opponents as they also clear the ones they receive. The final player remaining is the winner of Battle Royale!

Additionally, the battle royale component of the game is only available once you get the Nintendo Switch Online Subscription. As the name suggests, it enables online play of your Switch games with additional cloud saves.

Tetris 99 is the best game to play when you wish to take some things off your mind since you will be forced to concentrate really hard!

MOBAs, or Multiplayer Online Battle Arenas, is a game genre that focuses on tactics and team-play. Pokemon Unite is a MOBA entry from the beloved Pokemon series where the players choose a pokemon to defend their objective and to destroy the ones that the enemies protect.

If you’re a fan of Pokemon but new to the MOBA genre, Pokemon Unite is actually one of the best games to get into! It easily explains the concept of MOBAs while not deviating far from the Pokemon series!

Since it’s a 5v5 game, it’s crucial to play with your team. Not playing with your team in mind will drastically decrease your chances of winning just like every other MOBA.

Pokemon Unite is best played if you want an engaging way to pass some time since it’s fast paced and very competitive!

Although some games aren’t technically free, they are still up there since you’ll most likely end up buying the Nintendo Online Subscription if you wish to play a wider variety of games.

Additionally, though these games are free, they aren’t exactly transactionless as well. Fall Guys for example have costumes that are unlocked using real money. Are these costumes game changing? Of course not! Are they good to look at? That depends on the person looking. Can they win games? If it’s distracting enough, maybe?