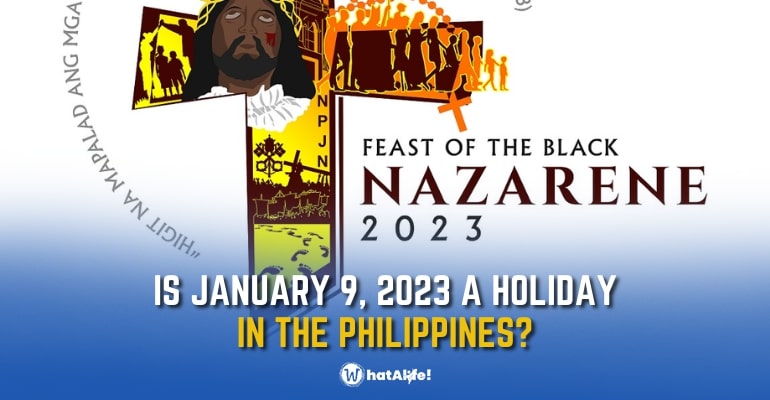 MANILA, PHILIPPINES — Through Proclamation No. 120, January 9, 2023, is declared as a special non-working holiday in Manila. Malacañang declared the holiday in celebration of the Feast of the Black Nazarene.

Yesterday, January 6, a proclamation declaring January 9 as a special non-working holiday in Manila was released. It was signed by Executive Secretary Lucas P Bersamin by the authority of President Ferdinand Marcos Jr.

“It is but lifting and proper that the people of the City of Manila be given the opportunity to celebrate and participate in the occasion with appropriate ceremonies,” Proclamation No. 120 read.

On Wednesday, January 3, the City of Manila released its own holiday declaration through Executive Order No. 1, suspending all work and classes on January 9, 2023, “to allow devotees to participate in the activities for the feats of the Black Nazarene.”

However, despite the holiday proclamation, the traditional transport of the image of the Black Nazarene from Luneta to Quiapo (Traslacion) will not be held due to the ongoing pandemic. Instead, there will be a procession on January 8, after the 12:01 am mass at the Minor Basilica in Quiapo.

There will also be in-person eucharistic celebrations in the Minor Basilica in Quiapo and other select churches in the city, which devotees can follow online through the Facebook page of the parish.

Read more about the recently published executive order below: