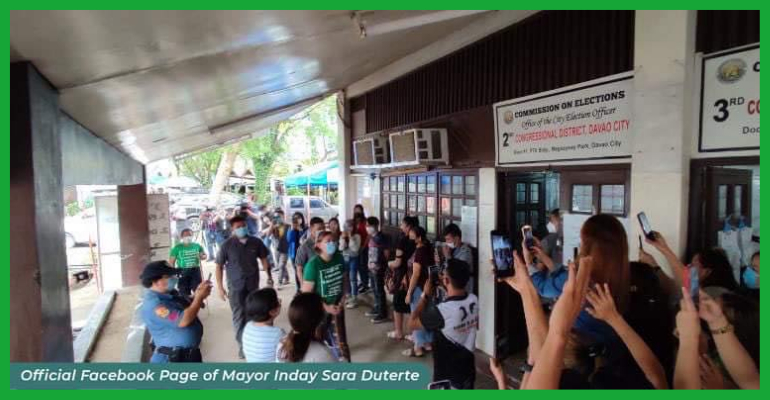 Davao Mayor Sara Duterte has withdrawn from her reelection bid in next year’s election on Tuesday, November 9.

Mayor Duterte went to the local office of the Commission on Elections to withdraw her certificate of candidacy. She then endorsed her brother and Vice Mayor Sebastian “Baste” Duterte to run for mayor.

(This afternoon, I withdrew my candidacy for Davao City Mayor. VM Baste will replace me, while Atty. Melchor Quitain was nominated to run for vice mayor. That’s all for now. Thank you.)

Baste earlier said he withdrew his candidacy for vice mayor as instructed by his sister Sara.

This is a developing story. Refresh for updates!

Also Read: LIST: Filipino Presidential Hopefuls in the 2022 May Elections