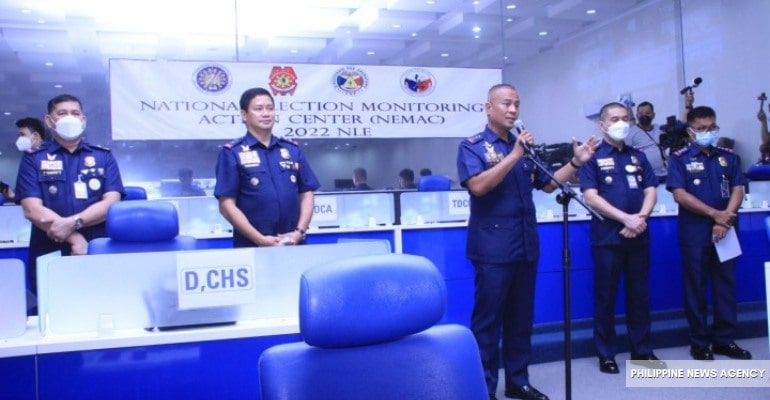 Danao will replace Police General Dionardo Carlos, who is set to retire on May 8, 2022, one day before national and local elections.

“The Palace confirms that PLTGEN Vicente Dupa Danao, Jr. has been designated as Officer-in-Charge of the Philippine National Police (PNP) effective May 8, 2022,” acting presidential spokesperson Martin Andanar said in a statement Thursday.

“We are confident that General Danao will continue efforts to transform the PNP into a more dynamic and more professional organization performing its mandate of serving and protecting our people,” he added.

Año stressed the importance of Danao’s selection, noting that his leadership will begin the day before the May 9 elections.

“As OIC of the PNP, Danao’s first order of the day is to ensure that all security preparations are in place and all police units are mobilized and on alert so that the country will have a peaceful, orderly and fair elections,” he said.

Danao has been engaged in the planning and security preparations for the polls since the beginning, as commander of the National Security Task Force on National and Local Elections, according to Año.

“His designation as PNP OIC will have no impact on the ongoing security preparations being implemented by the PNP as he will be able to provide good leadership and direction to the entire police force for them to be able to fulfill their peacekeeping role in this important time of our country’s history,” Año said.

Danao was given orders by Año to ensure that the election is peaceful, orderly, and honest and that he should lead the PNP to do their best.

According to Año, he expects the new PNP OIC to further the fight against criminality and lawlessness, terrorism, illegal drugs, and other sorts of criminality. – WhatALife!