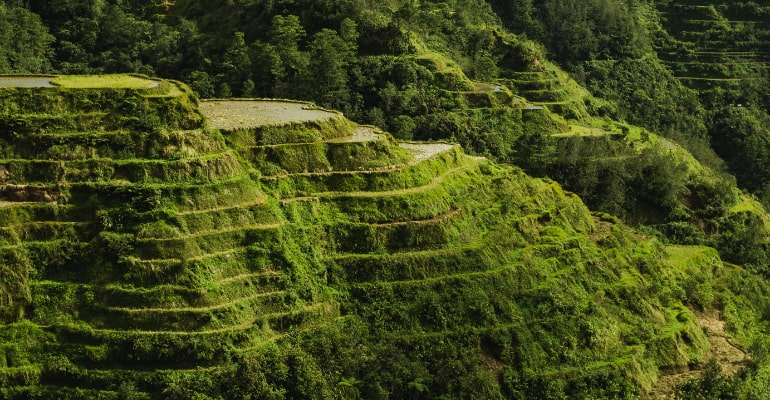 Climate change is defined as a long change in temperature and weather patterns. These shifts could be natural, such as variations in the solar cycle.

Since the 1800s, human activities have been the primary cause of climate change, primarily due to the burning of fossil fuels such as coal, oil, and gas. Climate Change is a problem that has concerned the world because of its global negative impact on ecosystems, water resources, livelihoods, human health, and essential infrastructures that support modern civilization.

How Climate Change impacts the Philippines

The Philippines is currently dealing with serious negative consequences as a result of unwelcome changes in two seasons.

During the dry season, the gradual increase in surface temperature that leads to El Niño has an impact on the country’s various sectors, including water resources from dams, agricultural production, and human health. The most well-known effect of El Niño is drought and reduced rainfall, which can last for a year.

The Philippines, like many other countries, is affected by climate change’s disruption of the natural characteristics of seasons. The northeast trade wind dominates the country from December to May, so Filipinos should expect a dry season with average temperatures of 28.3 °C. However, there has been a consistent temperature rise observed, with PAGASA recording Dagupan City in Pangasinan as having the highest heat index, reaching 53 °C as of March 2022.

Moreover, events such as sea level rise, an increase in the frequency of extreme weather events, heavy rain, and rising temperatures all pose a threat to the Philippines. This is because of  the country’s vulnerability to natural disasters like typhoons and droughts, reliance on climate-sensitive natural resources, and extensive coastline, which houses the country’s main cities and the majority of the population.

Several international studies have consistently placed the Philippines at the top of the list of countries that have suffered the most from global warming. The Philippines ranked fourth among countries most affected by weather-related loss events between 2000 and 2019, according to the 2021 Global Climate Risk Index. Over the last 20 years, 317 extreme weather events have been recorded locally, the most of any of the top ten.

Rice plants’ yields have been shown to drop by up to 10% for every one degree Celsius increase in minimum temperature. Farmers in the Philippines used to have to stop growing rice during El Niño droughts. According to an Asian Development Bank (ADB) report, rice production in the Philippines could drop by 50 to 70 percent. Climate change will reduce crop yields and could start raising food prices.

It also harms infrastructure. Direct exposure to prolonged and frequent rainfall, strong winds, higher waves, and temperature variations can accelerate structural fatigue and material failure. The impacts could be severe in areas where infrastructure is not designed to withstand the effects of any disasters.

The Philippines’ sea levels are rising at roughly twice the rate of the global average. When powerful storms hit land, such as Typhoon Haiyan in 2013, the higher sea level contributes to storm surges of up to 15–20 feet.

Storm surges are expected to affect 14% of the total population and 42% of coastal residents. Informal settlements, which account for 45 percent of the Philippines’ urban population, are mainly vulnerable to flooding and loss of home.

These would then lead to an increase of poverty. People’s levels of vulnerability are determined by their economic status. Poverty limits the affected population’s ability to recover quickly in the face of disasters or to shift quickly to new adaptation modes that necessitate the mobilization of financial resources. It is also a cause of rural-to-urban migration. Climate change, according to the World Bank, could push more than 100 million people into poverty by 2030 if effective mitigation measures are not implemented.

In terms of natural environment effects, wildfires are also becoming more common as a result of drought conditions, which are believed to be significantly affected by climate change and El Niño. Between 2000 and 2006, these fires destroyed large areas of forest, making the total approximately 15,700 hectares. Furthermore, increased temperatures and humidity in these areas have been linked to the spread of invasive plants and insects in natural ecosystems.

On its impact on health, heavier rains and rising temperatures both aid mosquito growth and survival; as a result, health risks from mosquito-borne diseases such as diarrhea, dengue fever, and malaria are expected to worsen. Although malaria rates have dropped significantly in recent years, dengue epidemics still occur every 3–4 years, and diarrhea was the fifth leading cause of death in 2010.

Climate change is a phenomenon that affects the entire Philippines. If we continue to ignore climate change, we will struggle to address its results. This includes poverty, hunger and food sufficiency, health and safety, and a variety of other societal and economic concerns. We can only do our best to educate ourselves on how to deal with these challenges.

While it may appear that we as individuals can do little, if we arm ourselves with knowledge of the science behind climate change and its effects on people and the environment, we can begin to take steps toward positive change and influence others to do the same. – WhatALife!