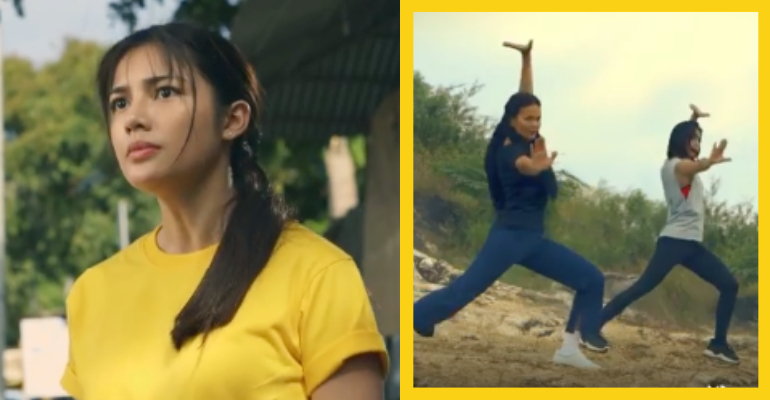 In the 45-second clip posted on Youtube, fans are given a first glimpse at De Leon’s portrayal of Narda and her transformation into superheroine Darna. The clip also features her acceptance of the iconic magical stone from her mother, Leonor Custodio (played by Iza Calzado), to the training she has to undergo.

Other casts were also introduced in the short teaser, including the characters of Joshua Garcia as police officer Bryan Samonte Robles and Janella Salvador as arch-nemesis, Valentina.

This is the first-ever teaser release for the latest Darna adaptation since its initial announcement in 2014. Since then, the project has made several changes in its directors and lead stars.

UPDATE: As of press time, the teaser has been removed from ABS-CBN’s official YouTube channel. We will update this page, once the teaser is made available once again.

The highly-anticipated series will premiere sometime in 2022 as its final release date has yet to be announced.

In the meantime, check out De Leon in “Walwal (Wasted)” below:

You Might Also Want To Read: Here are 20 Filipino celebrities who got married in 2021