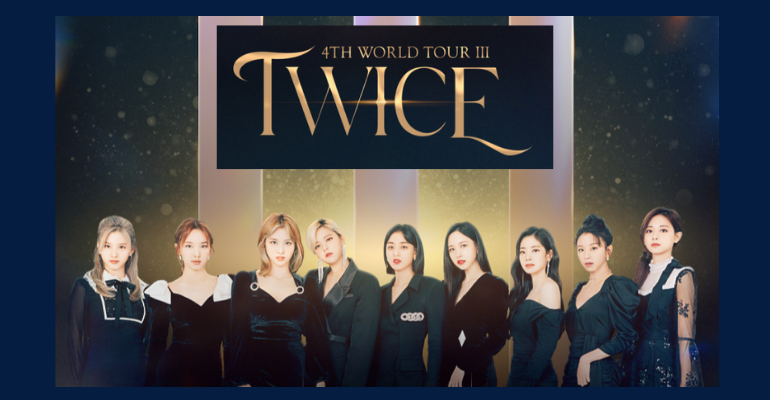 The girl group from South Korea called TWICE consists of nine members and is formed and managed by JYP Entertainment.

The tour was originally announced last year, November 15, 2021, with the concert’s second day at Seoul live-streamed through Beyond Live. The New York show was added by popular demand.

The South Korean girl group TWICE has more than 9 million followers on Twitter and has become a trending topic because of their launched world tour and their growing K-POP fan base community in the United States. Hashtags “THANK YOU TWICE”, “9WICEBESTGIRLS”, and “TWICE_4th_WORLD TOUR’ earned over a thousand tweets.

The 4th World Tour III of the girl group started last 24th of December 2021 in Seoul, South Korea, and just ended on the 26th of February 2022 in New York City, United States.

Here are some tweets from the biggest fans:

ONCE, How can we thank you enough for the love you've shown us?? All moments in this US tour were historical for us.
With ONCE, we are never afraid to shoot higher than the stars?
Truly, We'll meet again soon?#ONCE_Opens_TWICE_WORLD#TWICE_4TH_WORLD_TOUR pic.twitter.com/7XCy1xiJvD

well here you go, the Mina rollin fancam. i feel like I must’ve saved a drowning child in my past life to have deserved this in front of me. Please ignore the screams ???#TWICE_4TH_WORLD_TOUR #TWICEINNY pic.twitter.com/iYhX0hBbmJ

Sana saw my sign that said "you're pretty" and she pointed at me and called me pretty ???#TWICE_4TH_WORLD_TOUR #TwiceInNYC pic.twitter.com/TN6PFtV3Fp