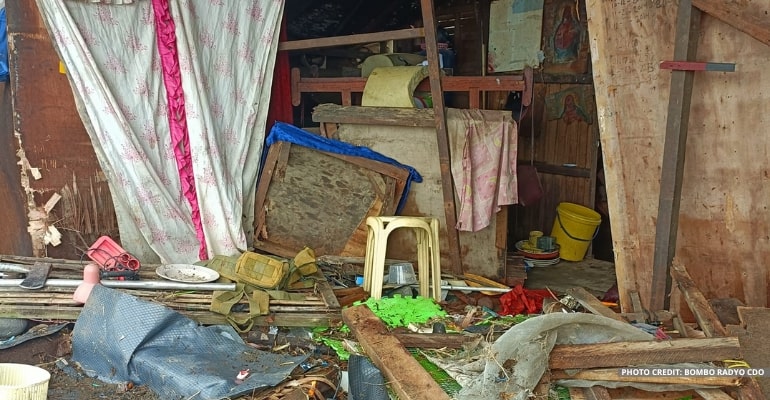 CAGAYAN DE ORO CITY, PHILIPPINES — The city government has notified the residents living in the coastal barangays of the city to always be alert due to the bad weather brought by weather systems affecting the country. The large waves produced by the weather disturbances threaten the lives of the people in the coastal lines of the city.

CDRRMC (City Disaster Risk Reduction and Management Council) head Nick Jabagat warned as such following the impact of the storm surge in the coastal lines of Agusan, Tablon, Bugo, and Puerto. The sudden increase in the ocean waves was due to the eye of the storm travelling in Catanduanes in the Bicol region.

CDRRMC Jabagat said that until the presence of two typhoons does not disappear in the Philippines, the calamity will continue to cost the lives of the people, which is why it is necessary to always be alert.

However, the official said that none of the residents lost their lives or was injured when the large waves of the sea hit many houses in the village. It is also confirmed that five houses were destroyed, while ten houses had minimal damage.

Meanwhile, the assessment of the CSWD (City Social and Welfare Development) of the affected residents of those barangays was not optimistic. The sudden increase in sea waves that hit four coastal barangays in the city and another three in Tagoloan, Misamis Oriental, resulted in structural damages costing millions.

OCD 10 assistant regional director Colonel Gilbert Conde said that 405 families and 378 residents were affected. They were occupants of 207 houses that were washed away by seawater.

Conde said that the city government has not yet submitted the final data regarding the amount of damage, but the Tagoloan LGU recorded a total of more than 4 million pesos.

The big waves caused by the stormy weather damaged the villages of Agusan, Tablon, Bugo, and Puerto in the city and Baluarte, Casinglot, and Gracia in Tagoloan in this province. – WhatALife!/Zed