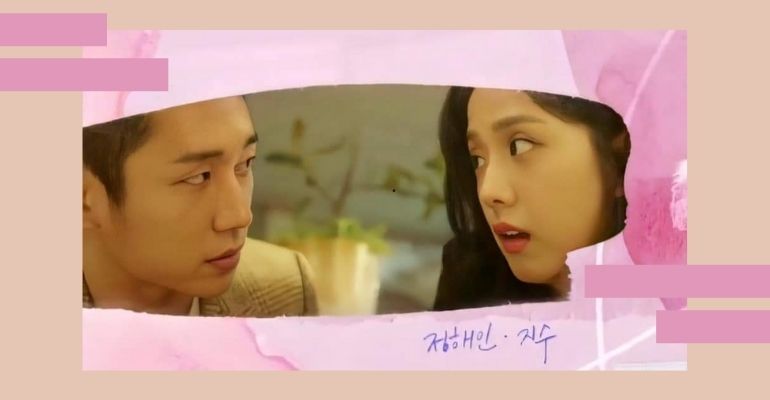 It’s has been a year since YG Entertainment announced the casting of BLACKPINK’s beloved oldest member Jisoo in the South Korean television series Snowdrop. Since then, fans have been eagerly waiting to see the 26-year-old idol make her acting debut. So, imagine the excitement when Korean TV channel JTBC finally dropped the first look of the highly-anticipated drama series on Tuesday, August 17.

As soon as the news broke, thousands of fans expressed their excitement on Twitter, and as of writing, “SNOWDROP COMING SOON” has amassed thousands of tweets and ranks #3 in Philippines’ Trends.

Here’s what we know so far about the upcoming show!

For a moment, fans were worried about the show’s release, announced sometime in 2021, mainly after a controversy surrounding its leaked story plot surfaced in March this year. Some even signed a public petition to stop the filming and cancel its airing. It garnered 200,000 signatures within 30 days.

However, the Office of the President of South Korea rejected the online petition citing the Blue House Article 4. Also known as the Broadcasting Act, this guarantees freedom and independence concerning the programming of broadcasters and stipulates that no regulation or interference other than in accordance with the law is allowed.

In other words, any direct government intervention in creative works can infringe on freedom of expression, so a cautious approach is required.

Nevertheless, the Blue House warned that “broadcasts that undermine the public responsibility of broadcasting, such as excessive distortion of history, or violate regulations, are subject to deliberation by the Korea Communications Standards Commission,” Manila Bulletin reported.

Amid the controversy, JTBC also released a statement clearing any misunderstandings from speculation and criticism received by the plot announcement.

It explained the controversy began from information consisting of a combination between the unfinished synopsis and character introduction. JTBC added that the suspicions were added to the leaked information, as well as non-factual information being presented as true.

“Of course, this is the responsibility of the production team for failing to thoroughly manage unrefined data,” it said. “‘Snowdrop‘ is not a drama that deals with democratic movements. The setting in which male and female protagonists participate in or lead democratic movements does not exist anywhere in the script. Rather, a character who was unfairly oppressed and accused as a spy under the military regime in the 1980s appears.”

JTBC added that the background of “Snowdrop” is not the democratic movement but the political situation of the 1987 presidential election. “Snowdrop” is a fictional story about the military regime and the Agency for National Security Planning (ANSP) conspiring with North Korea to maintain power, it added.

When is the snow dropping?

Pun intended — the Korean network is yet to share the exact date when the show will premier. BUT, considering the release of the first trailer, it is expected to air sometime in the second half of 2021. In short, SOON.

By now, fans already knew that Jisoo is the leading lady and Jung Hae In will be her counterpart. Jung previously appeared in shows like While You Were Sleeping (2017), Something in the Rain (2018), and Tune In For Love (2019). SKY Castle actress Kim Hye Yoon, Encounter star Jang Seung Jo, and Touch Your Heart actress Yoo In Na will also be joining the show.

Snowdrop is set during South Korea in 1987, a historic year in the country’s history, as protesters forced a then-authoritarian government to hold democratic elections that will eventually enforce constitutional reforms during the June 29th declaration.

The drama series will follow Im Soo Ho (played by Jung Hae In), a graduate student who, after participating in a pro-democracy protest, seeks refuge in a female dormitory at the Hosoo Women’s University. There, he will meet Jisoo’s character who will help him hide. The two will eventually develop a romantic relationship amid the chaotic time in the country.

Watch the trailer below to see the first look of actress Chichu and her character’s counterpart played by Jung Hae In!