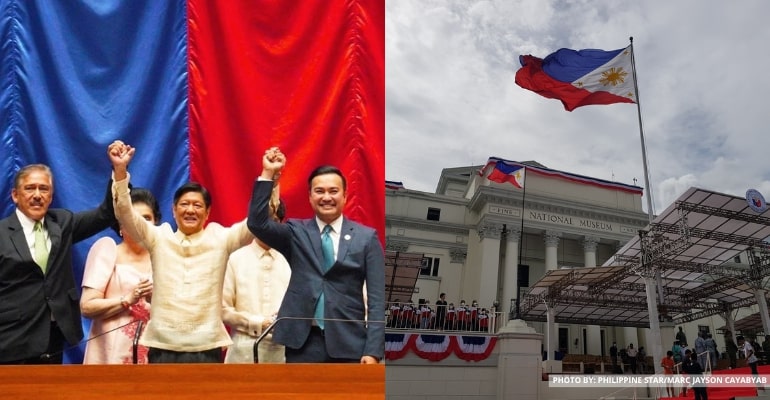 MANILA, PHILIPPINES — President-elect Ferdinand “Bongbong” Marcos Jr. to take his oath as the 17th chief executive of the Philippines at the National Museum.

Before Marcos arrives at the National Museum of Fine Arts in Manila for the official ceremony, he will meet with the outgoing President Rodrigo Duterte around 9:00 am at the Malacanang Palace. According to CNN Philippines, the meeting is private.

The ceremony is scheduled to begin at 10:40 am.

Who will be attending?

Thailand and Vietnam will also be sending officials to the inauguration.

The program would be “solemn, simple, and traditional,” said Franz Imperial, one of the heads of the preparation committee.

There will also be a 30-minute military-civil parade and a performance of Pilipinas Kong Mahal, the inauguration song by Cris Villongco and the Younge Voice of the Philippines choir.

By 2:40 pm, new Cabinet secretaries are set to take their oath. Those yet to be assigned for the available positions will be taking their oath at a later date.

Following the ceremony, officials and foreign dignitaries are invited to the inaugural reception in the evening.

The security for the inauguration has been set days before the ceremony.

To ensure the safety of everyone involved, including protesters, 15,000 personnel from the PNP, AFP, PCG, BGP, MMD, military, and other forces will be deployed.