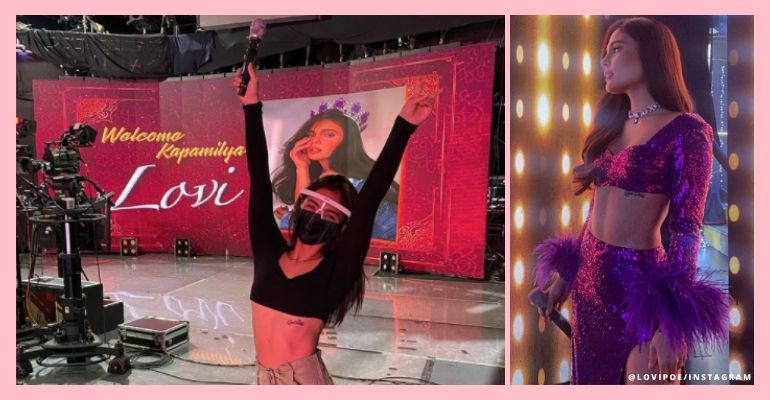 Before Lovi Poe made her official debut on the ASAP Natin ‘To show, she received a message from none other than The Honorable Senator Grace Poe on Sunday, September 19.

Lovi Poe recently made her signing onto ABS-CBN official last Thursday, September 16. In turn, it was met with the warmest sentiments by fellow Kapamilya stars.

Alongside messages from Coco Martin, Iza Calzado, and Piolo Pascual (Lovi’s costar for an upcoming series, Flower of Evil) expressed great joy in welcoming her to the family in a prerecorded video. Also, one of the people who most surprised and delighted Lovi was Senator Grace. According to the message’s translation:

“Congratulations, dear Lovi. I’m sure Papa’s very proud of you. My special wish is that you actually make an action film because you can do it, you’re disciplined, very fit, and I know that you’re good at throwing a punch. In my heart, you’re always pamilya. Continue to make us proud. I love you.”

In addition, Lovi is now dubbed the Precious Jewel. Lovi’s debut performance saw her singing L.O.V.E. by Michael Bublé. Erik Santos and Gary Valenciano also joined her for the song. Her debut showcased her exquisite singing voice; Lovi is also a musician and has two albums to her name.

Lovi Poe was born to the late Fernando Poe, Jr. and Rowena Moran, big names in showbiz. Senator Grace, on the other hand, was adopted into the family. Also, they have a brother from the late Poe and Anna Marin, the disc jockey Ronnian Poe.

Lovi will appear in “The Chelsea Cowboy,” an upcoming Hollywood biopic film. Produced by Idris Elba, Lovi will star alongside Poppy Delevingne and Alex Pettyfer. Lovi will take on the role of Dana Gillespie, an English actress and singer who was involved with famous people like David Bowie, Mick Jagger, and Michael Caine.