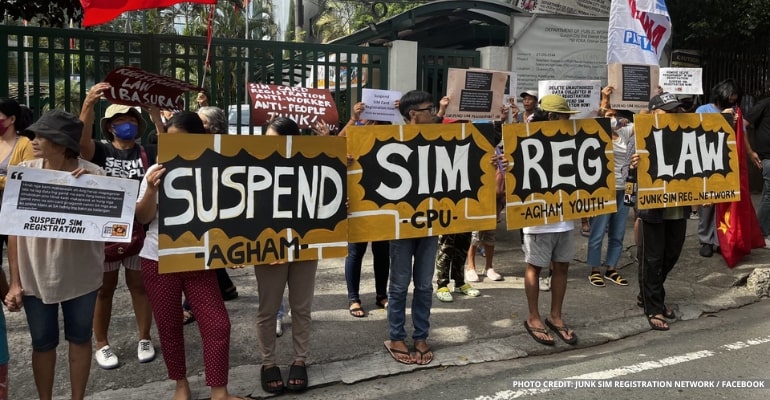 The Junk SIM Registration Network group has called for the suspension of SIM card registration, saying the selfie verification process is a risk to citizens.

(The SIM card registration law is a risk to the citizens. It is a burden to their privacy. We cannot ensure that their data is in safe hands.)

Batara also mentioned how many Filipinos do not have access to touchscreen phones and internet access needed for registration. Thus, millions of citizens are still not registered and having difficulty registering.

The group also added that the law would not stop scam messages and other crimes.

(The scam messages will not disappear due to the SIM registration but will only change face. Now the question is, this SIM card registration law, does it do more harm than good?)

The group also said they are already consulting with legal consultants on how to file a petition to suspend the measure. It said that although it is already a law, the SIM card registration act may still be suspended, citing samples such as the law creating the Negros Island Region.

Meanwhile, various government agencies report there have been fewer complaints about the SIM card registration law based on the calls received by Hotline 1326.