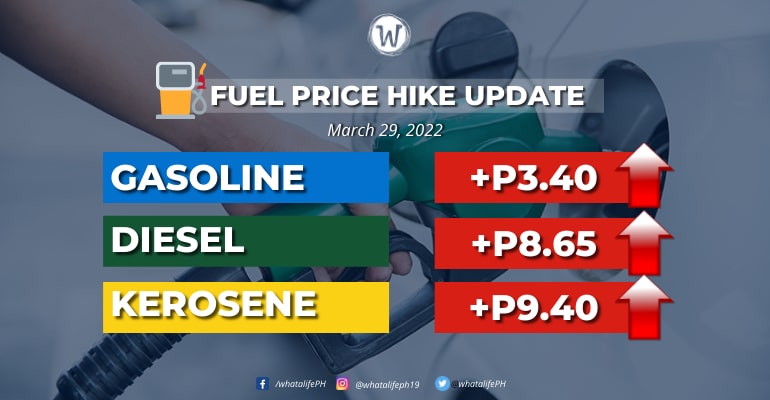 MANILA, PHILIPPINES — Following a week of price cuts, oil firms are likely to boost fuel prices again in the coming days, according to industry forecasts.

Unioil Petroleum Philippines stated in a projection made on Saturday that diesel prices could rise by P8.00 to P8.30 per liter from March 29 to April 4.

Meanwhile, a storm last week destroyed a pipeline owned by the Caspian Pipeline Consortium, which Kazakhstan and Russia use to export oil from the Black Sea.

It was one of the world’s largest oil pipelines, and it’s utilized to transport its crude to markets all over the world.

Due to that case, oil companies are set to increase prices by as much as P8.30 per liter this week.

The price of a liter of diesel fell by P11.45 and the liter of gasoline fell by P5.45 last week. The higher rise in diesel prices is attributable to stronger demand for it in Asia than for gasoline, resulting in a tighter supply.

The price of Asian benchmark Dubai crude remained around $100 a barrel on Saturday, while the worldwide standard Brent crude stood around $120 a barrel.

The country’s rising gas prices have led to requests for fare hikes, fuel subsidies, and other government interventions.