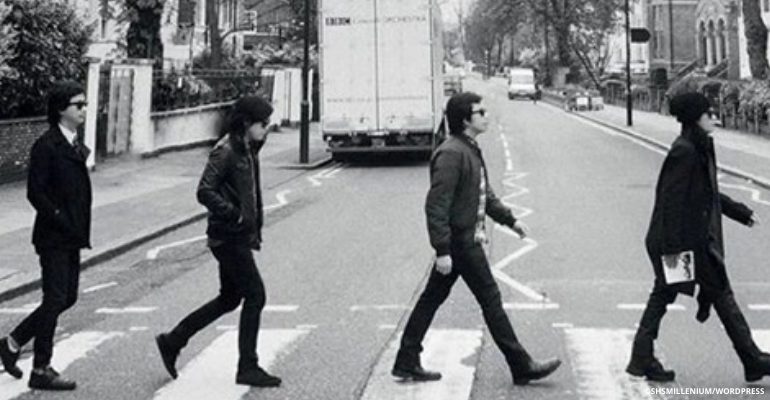 As opposed to what was commonly believed, the Eraserheads classic “Spoliarium” is not about the infamous rape case of model and actress Pepsi Paloma.

In the podcast, which was titled “The True Meaning Behind Eraserheads’ Songs: An Eraserheads Deep Dive with Ely Buendia,” Buendia shared that the song is actually about drinking.

“‘Spoliarium’ is really one of those cases where the myth has sort of taken over the facts and I kinda like it,” said Buendia in the podcast, which was broadcasted on March 8. “I kinda like the myth because the actual meaning of the song is just really mundane.” Buendia added.

Buendia shared that, to write “Spoliarium,” they took inspiration from the liquor named Goldschläger, which is what the band referred to as the “gintong alak” in the song.

The Eraserheads frontman then added that while he and the other band members were drinking it, the idea of “gintong alak” came to mind, and that was it.

“It’s all about getting piss drunk,” Buendia said. “That’s what it’s about.”

With regards to the names “Enteng and Joey” referenced in the song, Buendia said that they were actually the band’s roadies. This is contrary to popular belief that the band was referring to comedians Vic Sotto, whose nickname was Enteng, and Joey de Leon.

Sotto and De Leon, together with fellow comedian Richie d’Horsie, were accused of raping Paloma and Guada Guarin in 1982. Paloma was 14 years old at that time.

The three denied the accusations. However, they still apologized on national television before Paloma dropped the charges against them. In 1985, Paloma was reported dead in an apparent suicide.

“Nung first time ko nabasa yun, that urban legend, naisip ko, wow okay to ah. There really is sometimes coincidences like that, you have no power over it,” Buendia shared to podcast hosts Bacarro and Magalona.

“We were just drinking. It’s about a hangover, basically. But you know, whatever people want to think about that song, it’s fine. That’s the beauty of it,” Buendia added. “Pero pustahan tayo kahit sinabi ko na yan, the myth will go on.”