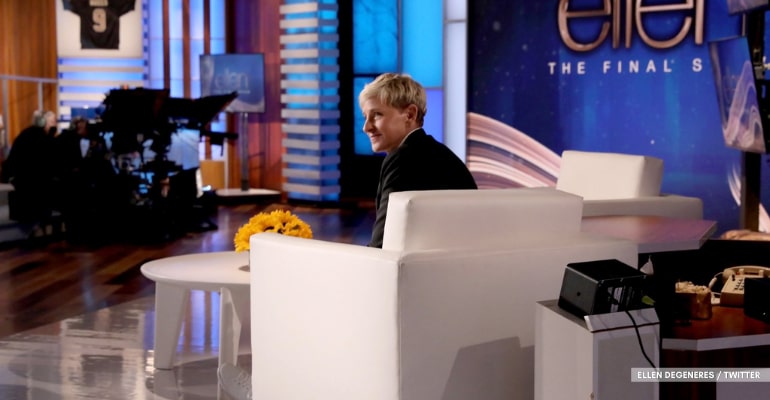 American host Ellen DeGeneres shared on social media last Friday morning, April 27, to express her gratitude to all her fans as they are shooting the final episode of her self-titled show, a comedy television series.

They filmed their last-ever episode of her long-running show on Thursday, April 26. The announcement came after being plagued by numerous scandals, including a toxic workplace environment accusation to them.

Ellen, 64, shared on her Instagram account a photo capturing her sitting on the show’s set with a caption expressing the show’s journey and how it started 19 years ago in 2003.

The last episode is set to air this coming May 26.

Meanwhile, ‘Aquaman’ star Jason Momoa expressed his love for Ellen by commenting on the post.

Brielle, 10, is a science sensation on the show who also expressed her love and gratitude to Ellen through her comment. She also posted a series of photos on her personal Instagram account showing her numerous appearances with other well-known figures alongside her journey.

On her post’s caption is a message of gratitude to the host for the memories, experiences, and opportunities given to her.

The comedian confirmed through an interview last year in May that her talk show will have its end after its 19th season.

Her show had undergone attacks online in 2020 when accusations regarding a rumored toxic workplace environment on the set spread. She was allegedly the main reason for the complaints because of her bad behavior.

A BuzzFeed report included anonymous employees who claimed the alleged bullying on the set’s behind-the-scenes, prompting Warner Bros. to investigate the show’s production.

The findings specified the show’s daily management flaws, and in September 2020, Ellen acknowledged and apologized for things that “should never have happened.” – WhatALife!