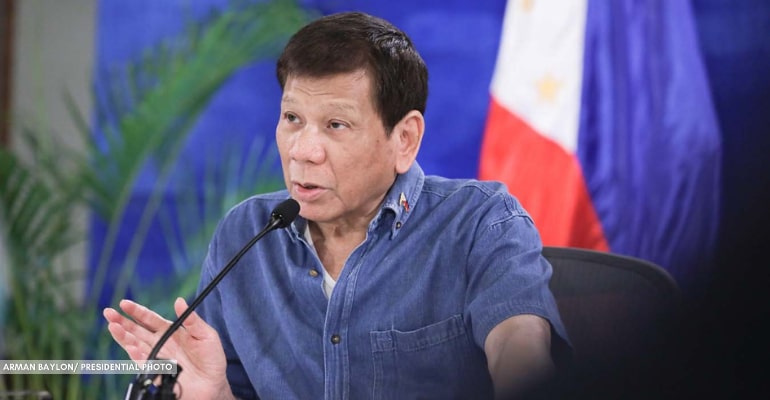 MANILA, PHILIPPINES — President Rodrigo Duterte announced on Tuesday, April 26, that he will not attend the meeting between US Vice President Joe Biden and leaders of the Association of Southeast Asian Nations (ASEAN), as it will take place after the Philippine elections in 2022.

Duterte claimed it would be inappropriate for him to attend the May 11-13 summit since his successor would have already been chosen by that time.

“Sabi ko sa kanila na pangit na tingnan kung magpunta ako doon, alam kong may bago nang president (I told them it doesn’t seem right that I’ll be there since I know there’s a new president) and besides, if it’s a working conference, there might be agreements and commitments that will be made there,” he stated during a recorded address aired on Wednesday morning, April 27.

Duterte reportedly expressed concern for his safety if he visits the United States for the summit.

(I am afraid to go there. First, I might get lost. Second, I can get into a place where I might just die. The third is a matter of principle. I’ve always said that I really don’t want to. I want to keep my reason for myself.)

Duterte has instructed Executive Secretary Salvador Medialdea and Defense Secretary Delfin Lorenzana to travel to the United States to discuss “many things,” including the ASEAN Summit and other confidential subjects.

It will be the second time an American president has hosted a summit of Southeast Asian leaders in the United States.

The United States has contributed at least 33 million COVID-19 vaccine doses to the Philippines as of March 2022. – WhatALife!