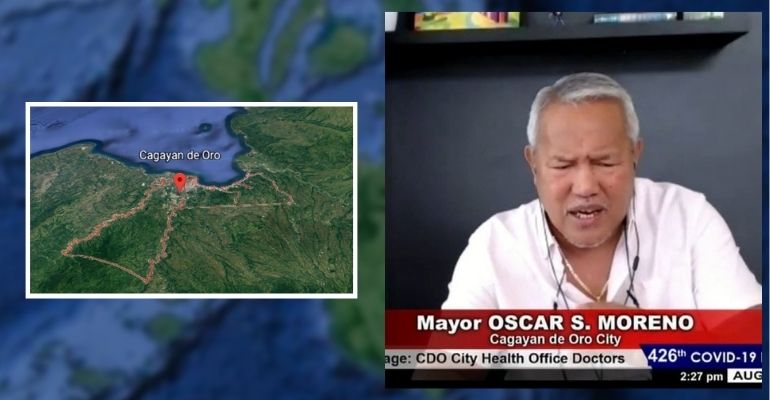 Cagayan de Oro City Mayor Oscar Moreno on Wednesday said the distribution of the cash aid (ayuda) for qualified recipients in the city will begin on Friday, August 6.

About 191,956 household beneficiaries or 760,000 persons in the city will receive the cash aid given by the national government through the Department of Social Welfare and Development regional office (DSWD 10) house-to-house distribution.

Based on the DSWD guidelines under the Assistance to Individuals in Calamity Situations, Moreno explained that the cash aid will be at P4,000 per household or P1,000 per person with a maximum of four persons per household.

“I do hope that City Hall can implement the cash aid distribution well. I know there will be (complaints and) intrigues but we’ll just have to face it,” he added.

“I thank the national government for the cash aid given to the city. I received a call from Senator Bong Go, and he told me about the cash aid. I thank the 19th City Council of Cagayan de Oro presided by Vice Mayor (Raineir Joaquin) ‘Kikang’ Uy and to Councilor Girlie Balaba who followed up the city’s cash aid request,” Moreno said.

City Hall officials met with barangay leaders and cash disbursing officers to finalize details of the cash distribution program. About 300 disbursing officers will be mobilized for the activity as acting City Administrator Teddy Sabuga-a called for more City Hall employees to volunteer for the program.

“I told the key officials involved in the cash distribution program that this is a gargantuan challenge. The cash aid will be distributed house-to-house. We’ll have to find ways to ensure that the cash aid will be given to the recipients. Even if there won’t be any people lining up to receive the cash aid, our workers will still be exposed to health risks,” Moreno said.