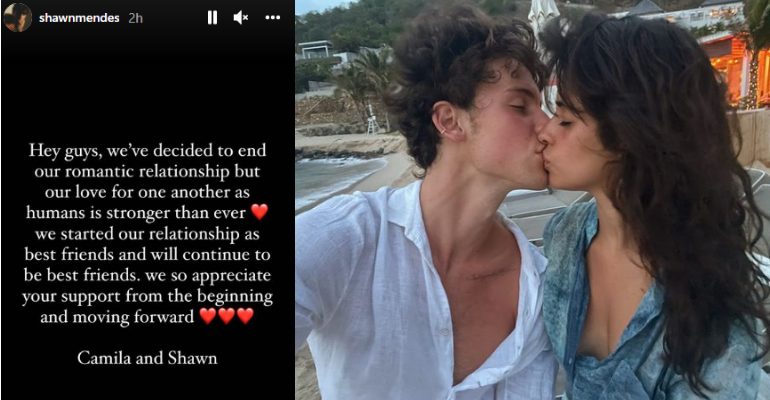 After more than two years, pop stars Camila Cabello and Shawn Mendes announce their split through an Instagram story by Shawn posted on November 18, around 9:30 PHT.

The story reads, “Hey guys, we’ve decided to end our romantic relationship but our love for one another as humans is stronger than ever.”

They also wrote that they “will continue to be best friends.”

It was back in 2019 when the pair starred in their music video for their song collaboration Señorita. Months later the release of the video, the two were spotted by paparazzi holding hands. They also worked on their duet single I Know What You Did Last Summer back in 2015.

While the pair never confirmed their relationship, photos of them kissing and holding hands in public were enough proof for fans. The pair also post photos of each other on their Instagram accounts.

Since 2019, the pair have attended awards, shows, and premiers together.