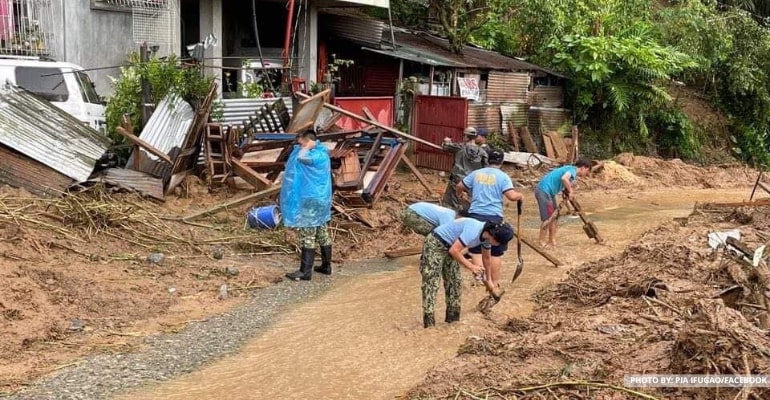 BANAUE, IFUGAO — Department of Social Welfare and Development (DSWD) CAR reports that 1,054 families were affected by the recent flash flood/mudslide/landslide incidents on July 7 due to the Southwest Monsoon.

DROMIC Situational Report No. 11 noted two municipalities (Banaue and Hungduan) and 10 barangays were affected by the landslide incidents in the Ifugao province.

The ongoing assessment by the LGU noted that 1,054 families were affected. Meanwhile, four houses were totally damaged, and 1,044 were partially damaged.

Seven casualties were also reported and treated for minor injuries.

The DSWD cost of assistance has reached P2.4 million with the following breakdown:

Meanwhile, the Department of Tourism CAR has issued a statement advising tourists to temporarily suspend travel to Banaue since clearing and cleaning operations are still ongoing.

Out of the 55 domestic tourists initially reported as stranded due to the incident, only a few remain in their respective accommodation establishments.

Following the assessment of the Banaue Hotel and Youth Hostel (BHYH) by the Tourism Infrastructure and Enterprise Zone Authority (TIEZA), Secretary Christina Garcia Frasco has instructed to prohibit the use of the facility to ensure the safety of guests and personnel.

The report by TIEZA COO Mark T. Lapid noted “that a landslide eroded and carved out the side service access road of the BHYH.” Additionally, “another landslide occurred fronting the main entrance of the hotel from the highway and into the parking lot.”