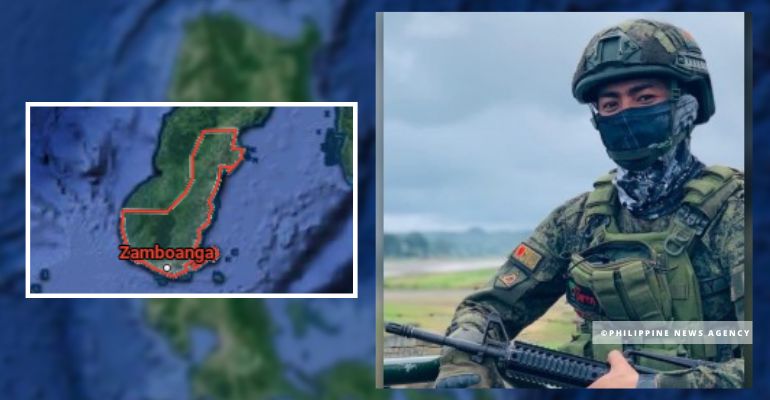 Private Joefrazen Tawasil, 25, and a member of the 45th Infantry Battalion (IB) were killed when bandits attacked their truck at around 7 PM on Tuesday in Barangay Tugas, Patikul town in Sulu.

Private Morales and Private Mulkiri are the two wounded soldiers currently hospitalized and in stable condition in the military station hospital in Jolo, Manongdo reported.

Tawasil was a Tausug native inspired by his brother, who is also a soldier. He belonged to the Magkagilas Class 656-2021. The batch recently graduated from basic military training at the 11th Division Training school in Sulu last year, September 20, 2021.

The 11th ID released a statement with regards to the death of their soldier:

“We are saddened by the untimely death of our brother in arms and we send our deepest sympathies to his family. He was born and raised in Indanan, Sulu; a loving son to his parents who are farmers.”

Troops have been deployed to pursue Nasirin and his group of ASG bandits.

The chairperson of Barangay Tugas, Saujar Bara, also denounced the attack in his statement on Wednesday, saying “They killed a Tausug, not a soldier. We lost a brother Muslim.”

He added that the Tausugs are with the government and will not let the ASG stop them from attaining peace and development in their province.

“We have done enough, so we will continue working for peace.” – Saujar Bara, village chief. – WhatALife.ph