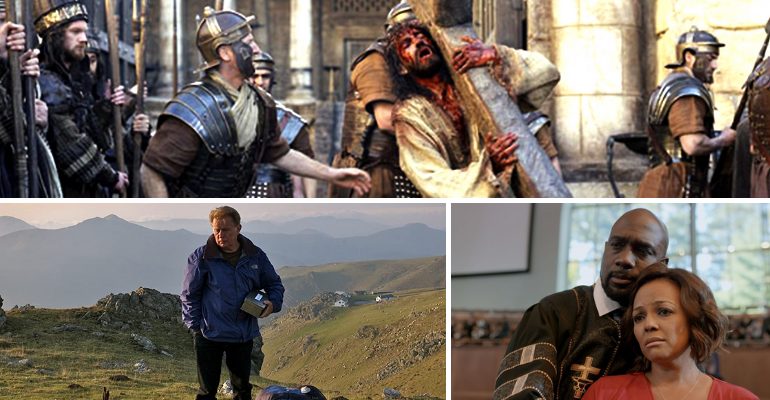 Skip your K-drama binging this Holy Week and put on some Christian movies that would inspire and heighten your faith. This Lent, we recommend 17 of the best Holy Week movies for reflection. Check them out below!

The film is based on the true story of Graham Staines, an Australian missionary working in India helping lepers.

An epic journey of a pilgrim and his challenges at every turn of his way adapted to modern-day.

Where to stream? Amazon, Free at www.revelationmedia.com/watchpilgrims

The 2018 American biblical drama film tells the story of Paul, who was known as a ruthless persecutor of Christians before his conversion to Christianity, and his becoming a pivotal figure in the formation of the early church.

The 2017 American Christian drama film follows the life-changing journey of three families whose paths converge after a tragedy, discovering God’s love, grace, and mercy together which also resurrects their beliefs.

Where to stream? Google Play, Amazon

This lighthearted film takes us to Mary and Joseph’s journey to Bethlehem along with their young donkey named Boaz in “9 months B.C.”

Directed by Jon Gunn and written by Brian Bird, The Case for Christ is based on a true story that was inspired by the 1988 book of the same name by Lee Strobel. Taking place in 1980, Strobel is an atheist journalist and investigative reporter who gathers evidence to disprove his wife’s Christian faith.

An 8-part television series based on the life of Jesus Christ, “through the eyes of those who met him.”

Taking place in 33 AD, a Roman Tribune in Judea, along with his trusted friend, is tasked to find the missing body of Jesus Christ following the crucifixion.

The 2014 American Christian drama film follows a Christian college student whose faith has been challenged by an atheist philosophy professor who claims God as a pre-scientific fiction.

Promoting the traditional pilgrimage, the 2010 American-Spanish film honors the Camino de Santiago (also known as the Way of St. James), a network of pilgrims route leading to the shrine of the apostle Saint James the Great in the cathedral of Santiago de Compostela in Galicia, Spain. The film follows an American ophthalmologist who flew to France after the death of his adult son. His son was walking the Camino de Santiago in the Pyrenees when a storm hits which caused his death. The ophthalmologist is set to retrieve the remains of his son, however, decides to continue the journey along with his ashes.

The 2004 movie depicts the final twelve hours in the life of Jesus of Nazareth and his crucifixion in Jerusalem according to the gospels of Matthew, Mark, Luke, and John.

This 2003 film gives us a glimpse into the life of a modern-day saint, who devoted herself to helping the poor and underprivileged.

An animated epic musical film released in 1998, The Prince of Egypt is an adaptation of the Book of Exodus and the life of Moses from being a prince of Egypt to his ultimate destiny of leading the children of Israel out of Egypt.

This classic film narrates the Biblical story of Jesus of Nazareth, from His birth to the Ascension.

A 1966 British biographical film based on the 1960 play by Rober Bolt with the same name, following Sir Thomas More’s final years. The 16-century Lord Chancellor of England is known for refusing to sign the annulment letter, the marriage of Henry VIII of England and Catherine of Aragon, addressed to Pope Clement VII. More also refused to take an Oath of Supremacy declaring Henry VIII as the Supreme Head of the Church of England. The character of More depicts the ultimate man of conscience, where he maintained true to his principles and religion no matter what.

The Ten Commandments movie is a classic religious drama released by Paramount Pictures in 1956. It is based on several novels, including the 1949 novel Prince of Egyp by Dorothy Clarke Wilson, the 1859 novel Pillar of Fire by J.H. Ingraham, the 1937 novel On Eagle’s Wings by A.E. Southon, and the Book of Exodus. The film dramatizes the life of Moses, an adopted Egyptian prince who becomes the deliverer of the enslaved Hebrews, leading them the Exodus to Mount Sinai. After arriving, Moses then receives the Ten Commandments from God.

Based on the 1935 novel by Georges Bernanos with the same name, this French drama film tells the story of a young sickly priest who has been assigned to his first parish in a northern village of France.

Where to stream? Amazon, Mubi

Above all, don’t forget to spend moments of silence and offer prayers, particularly between the hours of 12:00 noon and 3:00 PM on Good Friday. Take the opportunity this Holy Week to rekindle your relationship with God and rest your mind away from the noise of the world.