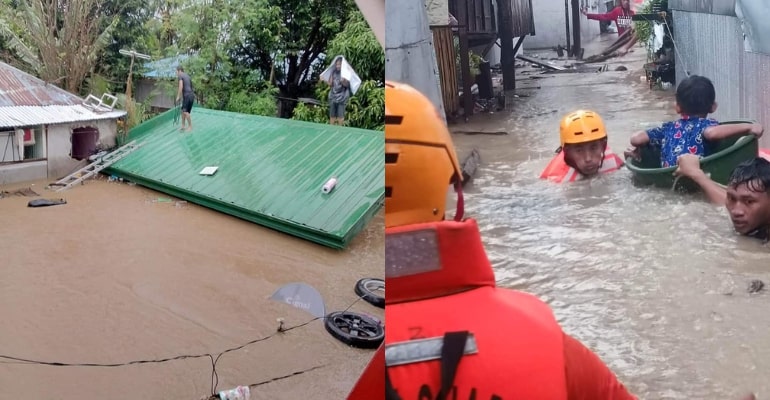 ZAMBOANGA CITY, PHILIPPINES — Due to the heavy rains and massive flooding brought by the Low-Pressure Area near Mindanao, classes in Zamboanga are suspended. Its airport is also closed due to flood, forcing planes to land in neighboring cities such as Cagayan de Oro and Davao.

“Work in the city government will remain suspended Thursday, January 12, as inclement weather over the city continues and several barangays and areas still inundated by floodwaters,” read the post.

The decision was based on the “outcome of the Rapid Damage Assessment and Needs Analysis (RDANA) and upon recommendation of the City Disaster Risk Reduction Management Council (CDRRMC).”

“City government offices providing frontline services, however, will remain operational,” the post continues, adding, “Suspension of work in national government offices, the private sector, and other agencies will be at the discretion of their respective heads of office.”

At 2:24 AM on Wednesday, Zamboanga International Airport (ZIA) operations were suspended due to the flooded runway.

As a result, two flights to Zamboanga (Cebu Pacific flights 5J 851 (MNL-ZAM) and 5J 840 (TWT-ZAM)) were redirected and landed at the Laguindingan Airport, Misamis Oriental. A Philippines Air Asia flight from Manila (Z2 651) was also diverted to Davao International Airport.

However, two flights were still able to land safely at ZIA despite the flooding. These flights were Cebu Pacific flights 5J 517 (DVO-ZAM) and 5J 851 (MNL-ZAM).

As of 10:00 AM on Wednesday, landing and take off at ZIA has been suspended due to inclement weather.

Check out the official status of ZIA below: