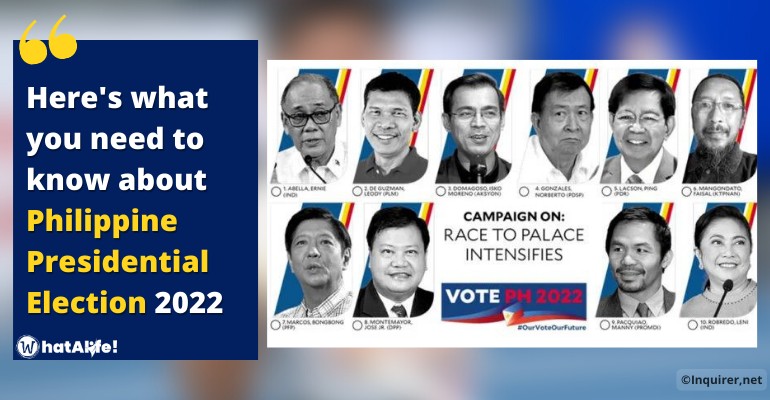 President Rodrigo Duterte is ineligible for re-election, under the 1987 Philippine Constitution that limits him to one term.

“Make my term coterminous with the beginning of the draft constitution,” Duterte stated in a speech in Davao, implying that his term will finish when the new constitution takes effect.

The campaigns kickstarted on February 8, of which many candidates hosted their proclamation rallies.

Even as the COVID-19 outbreak enters its third year, the Philippines will have one of the largest elections in Asia on May 9 with a record-breaking 65.7 million registered voters. A total of 18,100 jobs are up for grabs, ranging from president and vice president to city board member. 106,174 clustered precincts will see millions of voters leave their homes to cast ballots at 37,141 voting centers around the country.

Candidates tour the country as the election season heats up, attracting voters in a country with over 7,000 islands in a desperate attempt to secure votes before Election Day. Despite the fact that the coronavirus has tempered what is otherwise an exciting moment in the country, candidates continue to attract thousands of people to events that frequently disregard current coronavirus prevention practices.

The Presidential Election in 2022 will be the first in which all of the contenders were born after World War II ended. – WhatALife!