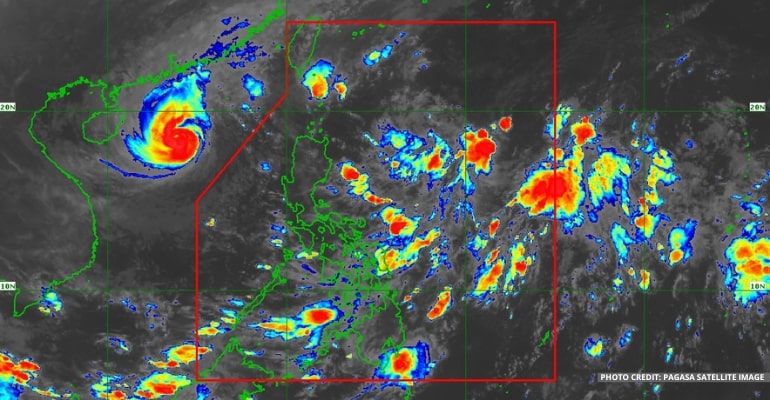 WEATHER UPDATE — According to the Philippine Atmospheric, Geophysical, and Astronomical Services Administration (Pagasa), Typhoon NESAT, formerly NENENG, continues to move away from PAR (Philippine Area of Responsibility) and is proceeding to Southern China. The typhoon brings no direct effect on the weather.

Typhoon NESAT, formerly NENENG, is now located 650 km West of Northern Luzon (18.7°N, 114.4°E) with maximum sustained winds of 140 km per hour near the center and gustiness of up to 170 km per hour. It is moving West Southwestward at 15 km per hour.

Meanwhile, an LPA (Low-pressure Area) has formed in the Pacific sea, located 1,140 km East of Northern Luzon (18.3°N, 132.4°E). The LPA is heading to Northern Luzon, and it has a chance of becoming a storm, but currently has no effect on the weather.

(At the moment, the low-pressure area has no effect on our weather)

For today’s weather forecast, Visayas, Zamboanga Peninsula, Northern Mindanao, Palawan, Basilan, Sulu, Tawi-Tawi, Batanes, and the Babuyan Islands will have cloudy skies with scattered rain showers and thunderstorms, with the possibility of flash floods or landslides due to moderate to at times heavy rains.