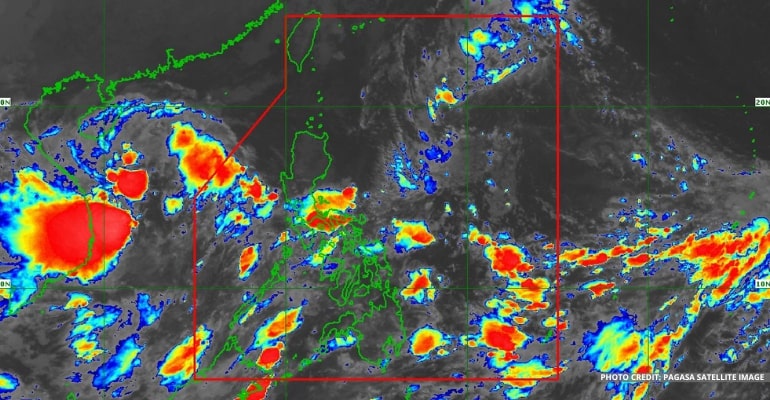 WEATHER UPDATE — According to the Philippine Atmospheric, Geophysical, and Astronomical Services Administration (PAGASA), Tropical Depression or Bagyong Neneng has entered the Philippine Area of Responsibility (PAR). Another TD is being monitored outside PAR.

Bagyong Neneng was last spotted 1,015 km East of Extreme Northern Luzon. It has a max wind/gust of 55/70 km per hour and moving west north-west at 10 km per hour.

Bagyong Neneng is forecast to move west-southwestward in the next 24 hours before turning westward tomorrow. On Saturday, it may intensify into a Tropical Storm category and will begin to track west-northwestward towards Extreme Northern Luzon by Sunday.

Further intensification prior to its close approach to Extreme Northern Luzon is not ruled out.

It is expected to make landfall or pass very close to the Babuyan Islands or Batanes.

Due to the passage of Bagyong Neneng, heavy rains are expected over Northern Luzon beginning tomorrow.

Tropical Cyclone Wind Signal (TCWS) No. 1 may be hoisted this morning or afternoon over the easter portion of Northern Luzon. In addition, TCWS No 2. is the most likely highest wind signal that will be hoisted due to the Tropical Depression.

Another Tropical Depression is spotted outside of PAR at 405 km north north-west of PAGASA Island, Palawan.

Its winds/gust moves at 55/70 km per hour. It moves west-northwest at 25 km per hour, bringing cloudy skies, isolated rain showers, and thunderstorms.

For today’s weather forecast, the rest of Luzon (excluding those affected by the trough of Bagyong Neneng) will have fair weather conditions with isolated rainshowers and localized thunderstorms.

The trough also extends towards Visayas, in the areas of Biliran and Samar Provinces, which may experience heavy rains and thunderstorms.

However, the rest of Visayas and Mindanao will generally have fair weather conditions and may experience cloudy skies and rain in the afternoon and evening.